The disruptions come as numerous memorials are scheduled to mark the 80th anniversary of the attack on Pearl Harbor.

(Bloomberg) — Record rainfall in Hawaii caused floods, landslides and knocked out power to downtown Honolulu while prompting an emergency declaration across the state as a powerful Pacific storm dumped a deluge on the islands.

A daily record of 7.92 inches (20.117 centimeters) fell Monday (Dec. 6, 2021) on Honolulu, the state’s largest city, according to the National Weather Service. Other areas on the island of Oahu received close to 10 inches of rain, said David Roth, a senior branch forecaster with the U.S. Weather Prediction Center. Severe thunderstorms were also raking Oahu with winds of up to 50 miles per hour. 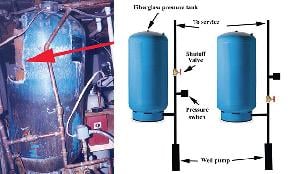