Does insurance underwriting change after the Surfside condo collapse?

The terrible collapse of the Champlain Towers South building on June 24, 2021, killed 98 people. Litigation is currently pending, and there are reports that $30 million in insurance coverage have been tendered to the court. The maintenance deficiencies that existed at time of collapse have also been widely reported. The question for the insurance industry is, does this change underwriting procedures or pricing to better reflect this risk?

Historically, property underwriters have used the acronym C.O.P.E. (Construction, Occupancy, Protection, Exposure) to evaluate property risk exposures. In this case, occupancy, protection and exposure are straight-forward, so we won’t spend any time on those aspects for this article. What we do want to discuss is construction.

Analyzing the location of the building, the construction materials, age and the quality of the systems within the structure help the insurer determine the likelihood of the building or structure being damaged. It also depends on the type of coverage you want, for example, actual cash value (ACV) or replacement cost value (RCV). If it’s ACV, then you don’t pay for “ordinance or law coverage” to re-build to any newer building code requirements. The policyholder would be on the hook for those costs out-of-pocket, as opposed to them being covered by an insurance policy.

In conversations with commercial brokers, it is apparent that sometimes the broker provides false information on the original application to generate a quote. According to a direct quote from a broker, “If I put the plumbing system is 30 years old, then the carrier will either not quote the risk, or will exclude damage due to any failure of the plumbing system.” So, part of the issue we have in the insurance business is transparency in facts between the policyholder, broker and the carrier.

With regard to Surfside, some questions for policyholders to answer include:

It has been well-publicized that competition amongst brokers is fierce. If the broker is forced by the carriers to attempt to gather the above information, it might be an opportunity for another broker to step in and take the business if they can achieve getting a policy placed with less “friction.”

Given what has been reported in the media about them being “behind” in their process for their 40 Year Certification, this situation would obviously elevate the risk level for this property. One thing that we do not know, but the primary carrier does, is whether a loss control expert was ever sent to the property. Does any loss control report exist anywhere that would help with both underwriting and pricing?

Combine the delayed re-certification process along with the major maintenance deficiencies, one could come to the reasonable conclusion that this building is high-risk. Given that the building is a “beach-front property,” it’s already likely that this was not underwritten by an admitted carrier, but rather, was placed in the surplus marketplace by the broker.

Nick Lamparelli, chief underwriting officer and co-founder of reThought Insurance Corporation, an MGA that specializes in writing flood coverage, states, “Risk-based pricing is what the industry needs to execute on to price risks appropriately. That means we need additional levels of detailed data available with the underwriting application for us to correctly assess and price the risk. We have been able to successfully underwrite many coastal properties because of more granular information we have obtained, and in many cases, have been able to be more competitive than the National Flood Insurance Plan (NFIP) quote. It’s a win-win for both policyholders and carriers. We achieve greater transparency in the risk we are taking on and the policyholder wins with a more competitive price.” This same approach can be taken concerning commercial property underwriting as well.

In this particular case, especially because corrosion is such a longer-term maintenance issue, a variety of IoT sensors could have been deployed in the building in the years leading up to the collapse. Common sensors that could provide a wealth of data include those that measure stress, deformation, tilting, temperature, vibration, electric resistivity, vibrating wire, servo accelerometer, spatial micro-cracking identification, spatial corrosion monitoring and more. Many high-profile structures in California are already instrumented with monitoring systems, including but not limited to the Golden Gate Bridge, Vincent Thomas Bridge, Pacoima Dam and the Transamerica Building given the obvious earthquake concerns that exist.

Another option the underwriter had was to require an on-site inspection that could have included activities such as non-destructive testing (NDT), core samples, Ferroscan, Profometer, Windsor Probe, pulse-echo, impact-echo testing, short-pulse radar, infrared wave, x-ray and petrographic testing.  This will change either through underwriting practice adjustments or building code/regulatory alterations to provide a higher degree of confidence in the safety of these structures going forward.

Tim Christ is a vice president at Claimatic, a SaaS intelligent decisioning software that serves several P&C insurers. He is the author of two books on insurance, business and technology, a speaker at industry events, and a frequent contributor to various insurance publications. Contact him at [email protected].

‘This was preventable’: First lawsuit filed over Fla. condo tragedy 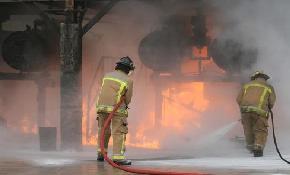 A significant factor relating to scene access following a fuel and air explosion is the structural condition of the building where the explosion occurred. 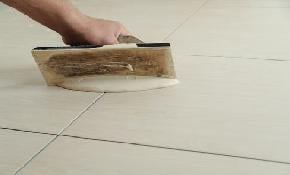 Following damage from floods and hurricanes, the question is often whether to replace or repair stone floors.