(Bloomberg) — The crushing heat smothering the U.S. Northwest is offering yet another stark reminder that the nation’s aging power grids weren’t built to withstand temperatures unleashed by global warming.

Heatwaves like the one hitting Oregon and Washington used to be rare, but extreme weather — from fires in California to droughts in the Midwest — is becoming more frequent. That means utilities in the U.S. will need to invest about $500 billion to make their grids more resilient, according to ICF International Inc., a consulting firm.

“All your expectations about the conditions you’re going to face need to be adjusted because of climate change,” Mike Jacobs, senior energy analyst with the Union of Concerned Scientists, said in an interview Tuesday, June 29.

One common point of power grid failure is transformers, the barrel-shaped devices on utility poles that reduce voltage as electricity is transferred from distribution lines to homes. Transformers heat up as power moves through them, and radiators — metal blocks with fins — are used to dissipate that heat into the air.

But when the external temperatures are too high, they can’t shed heat as effectively, and if the transformers get too hot, they can catch on fire, Jacobs said. During a 10-day heatwave in California in 2006, the state’s utilities lost more than 1,500 transformers, with each knocking out service to one neighborhood in the process.

“We saw our equipment get to its limits,” Heather Rosentrater, Avista’s senior vice president of energy delivery, said during a press conference Monday. “That caused the immediate need to take action, or else it would have been damaged and caused much longer outages for customers.”

Another potential issue is the wires that run between support poles. The metal expands as it heats up, causing the wires to lengthen and sag. If that brings them into contact with trees or other obstructions, the systems may automatically shut off.

In New York, where temperatures have been in the 80s and 90s for several days, most of the wiring is underground, where it’s harder for heat to dissipate. More than 11,000 customers in the city have lost power since Sunday (June 27) because of heat, mostly due to underground wires failing, according to Consolidated Edison Inc., though only about 120 remain without power as of midday Tuesday. In 2019, a burned underground cable may have been the cause of a blackout in the city.

Power plants also suffer from extreme heat. Nuclear reactors, as well as sites that burn coal or natural gas, all generate heat to produce electricity and eventually must shed that heat. Many use water for cooling, but heat waves can drive up the water temperature. In extreme cases, the plants have to shut down, but more commonly, they become less efficient.

Heat can also drive down efficiency at the start of the generation process. Because hot air is less dense, it has less mass as it moves through the turbine fans of a thermal plant or the blades of wind turbines. That cuts down on the amount of electricity produced, said Jacobs.

The result is less power available, just as heat drives up demand for electricity to run air conditioners. That also can tax the system as utilities try to boost output from the available resources.

And all of these issues are going to be more common as climate change continues to disrupt weather patterns.

“Clearly, there is more to come,” Jacobs said.

— With assistance from Mark Chediak and Ximena Del Cerro. 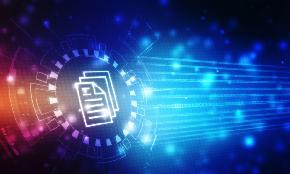 The good and bad in real estate insurance submissions