Dorian to gain strength as it heads toward battered Puerto Rico 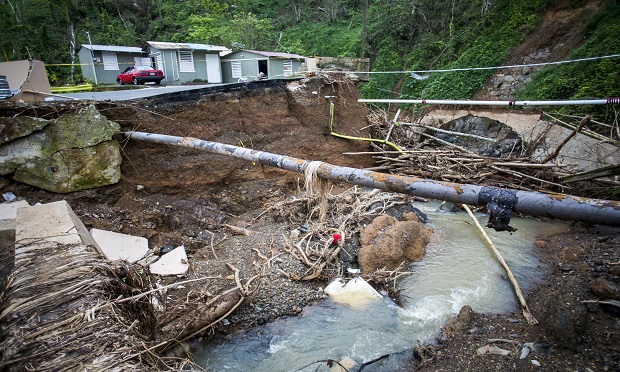 October 18, 2017: On road 152 of the Quebradilla neighborhood in Barranquitas, Puerto Rico, the bridge was destroyed by Hurricane Maria because of the heavy rains, causing part of the community to be almost incommunicado. (Photo: Xavier Garcia / Bloomberg) 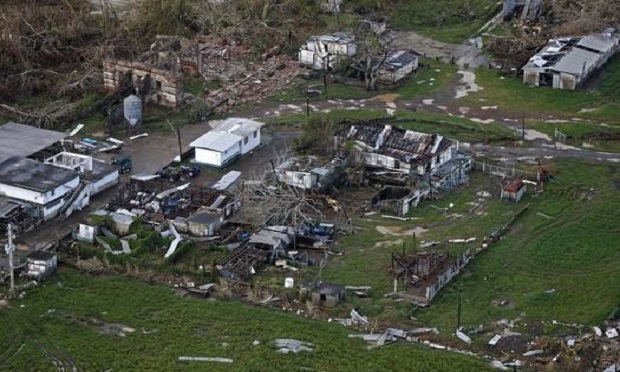 A heavily damaged farm is seen in the aftermath of Hurricane Maria in Toa Baja, Puerto Rico. (Photo: AP) 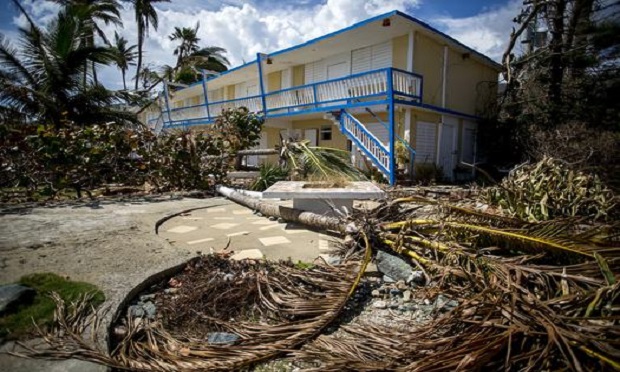 Fallen palm trees and plant debris lay outside of the damaged Caribe Playa Beach Resort after Hurricane Maria in Patillas, Puerto Rico, on Friday, Oct. 6, 2017. Hurricane Maria devastated Puerto Rico's travel and tourism industry which contributes to about 3 percent of Puerto Rico's gross domestic product and employs about 21,000 workers, many of who are now out of work and seeking local storm recovery jobs. (Photo: Xavier Garcia/Bloomberg) 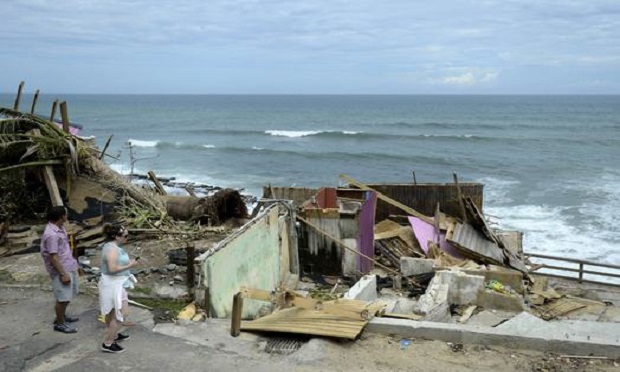 People walk by a building that was destroyed in the community La Perla in Old San Juan during Hurricane Maria in San Juan, Puerto Rico, Monday, Sept. 25, 2017. The island territory of more than 3 million U.S. citizens is reeling in the devastating wake of Hurricane Maria. (Photo: AP)

Tropical Storm Dorian is gaining strength as it approaches the Lesser Antilles and is forecast to skirt Puerto Rico as a weak hurricane.

The storm was about 30 miles (50 kilometers) east-southeast of Barbados as of 8 p.m. New York time. With maximum sustained winds of 60 miles per hour, Dorian is expected to drop 3 to 8 inches on the islands of Martinique, St. Vincent and Barbados, with isolated areas getting as much as 10 inches, the U.S. National Hurricane Center said in an advisory.

By Wednesday, the storm could clip southwest Puerto Rico, potentially as a Category 1 hurricane with a lot of rain and winds of about 75 miles per hour, said Matt Rogers of Commodity Weather Group.

“Right now it looks like it will be a glancing blow with the center passing just offshore,” Rogers said Monday by phone. The storm’s small size and models that show Dorian potentially breaking up in a few days mean the potential for destruction may be limited. “It looks mostly like a rainmaker,” he said.

The winds only reach about 45 miles from its center, according to the Hurricane Center.

In 2017, Hurricane Maria caused catastrophic damage to Puerto Rico and the U.S. Virgin Islands when it struck Dominica as a Category 5 storm, with winds as high as 155 mph (view photos of Hurricane Maria’s damage in the slideshow above). The smaller size and lesser force of Dorian should have far less effect on the islands.

As residents of San Juan and other parts of the island, still traumatized by memories of Maria, crowded into shopping centers to stock up on food and water, the island’s government said it was prepared for the storm.

At a press conference on Monday afternoon, Puerto Rico’s Governor Wanda Vazquez said that Hurricane Maria had been a “lesson” for the island’s authorities and that they would be better prepared this time around. Vazquez said that she had signed two executive orders, one declaring a state of emergency which would enable her to activate the National Guard, and another freezing prices, including the price of fuel, to prevent profiteering.

Saying the island was “ready” for Dorian’s arrival, Vazquez announced that public schools would close at 1 p.m. on Tuesday and that the island’s government had set up 60 shelters with a capacity for nearly 49,000 people.

Ahead of Dorian, a second system was gaining strength off the East Coast. As of 5 p.m., it was about 200 miles south-southeast of Cape Hatteras, North Carolina, and was being categorized by the Hurricane Center as a tropical depression with sustained winds of about 35 mph. Its path is not expected to reach landfall in the U.S.

A tropical depression is the weakest system in the family of storms that includes hurricanes.

Hurricane season runs from June 1 to Nov. 30, but the peak of the season is happening now and will continue through early October. Atlantic hurricanes are closely watched because they can disrupt natural gas, oil and agriculture markets, as well as threaten billions of dollars in real estate both in the U.S. and across the region, including Caribbean islands that depend heavily on tourism.

Almost one-third said they weren't aware they had to update their home insurance policy after getting a high-value item.