Storm strengthens in Gulf of Mexico as it races to Louisiana

A mass of thunder and rain in the Gulf of Mexico could become Tropical Storm Barry and hit Louisiana as a hurricane this weekend.

A mass of thunder and rain in the Gulf of Mexico could become Tropical Storm Barry on Thursday and hit Louisiana as a hurricane this weekend, worsening flooding in New Orleans and causing almost $1 billion in damage.

The system, which was about 115 miles (185 kilometers) southeast of the Mississippi River’s mouth as of 8 a.m. New York time, has already curbed energy production in the Gulf and helped lift oil prices to a seven-week high. It’s also prompted Louisiana Governor John Bel Edwards to declare a state of emergency, while hurricane and tropical storm watches are in place along the state’s coastline. 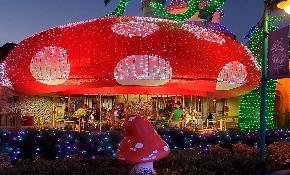