The president threatened to halt the FEMA’s assistance to victims unless the state changes its forest management practices.

“Billions of dollars are sent to the State of California for Forrest fires that, with proper Forrest Management, would never happen,” Trump tweeted Wednesday morning. “Unless they get their act together, which is unlikely, I have ordered FEMA to send no more money.”

He corrected the spelling of forest in a subsequent tweet.

Threatened to pull federal funding before

Trump has threatened to pull federal funding before such as in November when he said “gross mismanagement” by California for a series of deadly wildfires, including one that destroyed the town of Paradise. California officials and firefighters have said Trump’s focus on forest management diverted attention from the role of climate change in fueling the increasingly destructive fires.

The latest announcement drew an immediate response from the state’s new governor.

“Disasters and recovery are no time for politics. I’m already taking action to modernize and manage our forests and emergency responses,” Gavin Newsom wrote on Twitter. “The people of CA — folks in Paradise — should not be victims to partisan bickering.”

Moreover, Trump’s own agencies are responsible for managing much of the woodland in the state. The federal government owns 57% of the state’s forests, according to data from the University of California. Another 40% is held by companies, Native American tribes or families.

Many wildfires were on federal land

Many of the wildfires that afflicted California late last year were wholly or partly on federal land, according to data from the California Department of Forestry and Fire Protection. That includes the Camp Fire, which touched the Plumas National Forest; the Fork Fire, in the Angeles National Forest just east of Pasadena; and the Essex Fire in the Modoc National Forest in California’s far northeast corner.

FEMA didn’t immediately respond to a request for comment. Craig Fugate, the head of FEMA under President Barack Obama, said he knew of no way Trump could stop sending money for wildfires for which he has already issued a disaster declaration, which he has for the record fires of the past two years.

However, Fugate said that federal law gives Trump the authority to determine whether to issue disaster declarations for future wildfires. If Trump chose not to issue such declarations, it would prevent FEMA from providing financial assistance to state and local authorities, as well as victims of those fires.

Trump’s charge that California has failed to properly manage its forests is inaccurate, Fugate added. “I would under no circumstances say that Cal Fire and the state of California are neglecting this,” he said, referring to the state fire agency.

Trump’s latest threat comes as he remains deadlocked in negotiations with Democratic lawmakers, including California Democratic Representative Nancy Pelosi, who serves as the House’s Speaker, over funding for a border wall that has resulted in a government shutdown that has stretched 19 days.

Pelosi slammed Trump’s latest threat, tweeting that it “insults the memory of scores of Americans who perished in wildfires last year.”

The Camp Fire in California last year was the costliest natural disaster anywhere in the world in 2018, with a total cost $16.5 billion, according to a report this week by the reinsurance company Munich RE. FEMA has already spent at least $444 million in response to the 2018 wildfires in California, according to figures released by FEMA in December.

“It’s absolutely shocking for President Trump to suggest he would deny disaster assistance to communities destroyed by wildfire,” California’s senior U.S. Senator Dianne Feinstein, a Democrat, said in a statement Wednesday. “Attacking victims is yet another low for this president.”

Democratic Congressman Raúl Grijalva, the new chairman of the Natural Resources Committee, said Trump “knows how to govern only by threats.”

“President Trump has already destroyed his administration’s credibility by claiming that climate change — which contributes to making these wildfires even more destructive — is a hoax,” Grijalva said in a statement. “The president’s irrational climate denial will mean we need far more disaster relief, not less.”

Deadly California fires result in $9B in insured losses

The costliest U.S. weather activity in 2019 made up nearly half of the year's total losses. 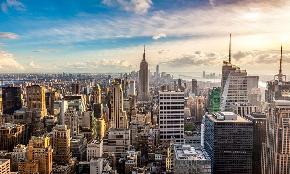 The organization's 2020 InsurTech Startup Competition will award $300,000 in prizes to six winning teams.