Predictably, large lobbying expenditures by property and casualty insurance companies in 2011 focused on catastrophe issues and on pursuing legal reform.

Predictably, large lobbying expenditures by property and casualty insurance companies in 2011 focused on catastrophe issues and on pursuing legal reform, according to data released by SNL Financial.

At the same time, the 10 largest P&C insurance companies covered by the data also provided money to law firms and trade groups that lobbied for them, according to the data. 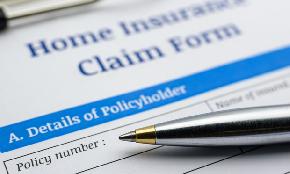