Berkshire Hathaway Inc. has decided upon a succession plan for its legendary chief executive, Warren E. Buffett, and said its insurance business posted a profit despite more than $3 billion in losses

Berkshire Hathaway Inc. has decided upon a succession plan for its legendary chief executive, Warren E. Buffett, and said its insurance business posted a profit despite more than $3 billion in losses from three major hurricanes.

On Saturday, Berkshire reported its financial results and released a letter to investors on the state of the company and plans for its future.

The $1.4M suit involves a four-story brick building in Boston that was being renovated when it collapsed. 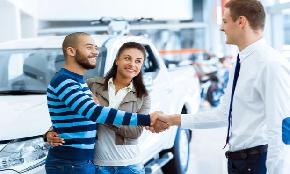 More than 70% of car buyers interested in embedded offerings

A study from Polly showed 72% of recent car buyers would like the opportunity to get insurance at the dealership.