Merger and acquisition (M&A) activity likely had its second-highest deal count on record in 2022, despite standing against a challenging economic backdrop, according to MarshBerry’s Q4 2022 Quarterly M&A Market Update. 2021 holds the record for the most announced deals, and also marked the fifth-straight year for highs in M&A deals and valuation multiples.

MarshBerry reports there were 708 announced 2022 M&A transactions in the United States as of January 3, 2023 – a decrease of 24.3% from the 924 deals in 2021. They predict that once all deals from 2022 are announced, the number will surpass the 712 announced transactions in 2020, which currently sits in the number-two spot for most deals.

Impostor syndrome & authenticity: How to live authentically in the workplace

More than 80% of people struggle with the sense that they haven’t earned what they’ve achieved and are a fraud. 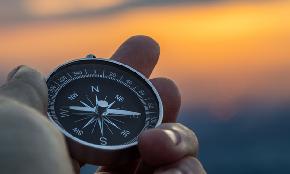 Operational excellence is key to navigating tricky year ahead for agencies

Inflation, interest rate growth and labor challenges will loom large in 2023. What does all this mean for agency operations?