Are businesses prepared for another Superstorm Sandy?

Review the destruction caused by Sandy as well as steps to improve storm resiliency as the superstorm’s 10th anniversary approaches.

As the tenth anniversary of Superstorm Sandy approaches, it is important to take a look back at this devastating storm with an eye on how businesses can better prepare for future extreme weather events.

With a monumental diameter of around 900 miles at its greatest extent, Superstorm Sandy was the deadliest windstorm to occur in the north-eastern U.S. for 40 years and is the third costliest hurricane in U.S. history (after Katrina in 2005 and Ida in 2021). It incurred around $30 billion in insured losses and over $60 billion in economic damages. But the human cost was even more devastating — more than 280 people died, including at least 54 direct deaths in Haiti and over 70 in the U.S. Many thousands were left without shelter. 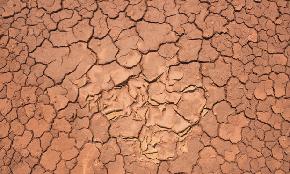 A recent report shows that while dry conditions have improved in the Midwest, 19% of the region remains in drought.