Pointing to “almost incomprehensible growth,” the president and CEO of Citizens Property Insurance Corp. said Wednesday the state-backed insurer could have 1.2 million customers by the end of the year.

Citizens, which was created as an insurer of last resort, has received a flood of policies during the past two years as private insurers have shed customers and sought hefty rate increases because of financial troubles.

Four insurers have been declared insolvent since February, but Citizens President and CEO Barry Gilway said a bigger issue is that many other companies are not writing coverage.

“The market is probably 75 percent shut down,” Gilway said during a meeting Wednesday of the Citizens Board of Governors. “(There are) very, very few companies that are really open in the marketplace.”

In one recent week, Gilway said Citizens saw a net increase of 26,700 policies. He said a “reasonable” forecast is that Citizens could grow to 1.55 million policies in 2023.

State leaders have long sought to move policies out of Citizens into the private market, at least in part because of financial exposure if Florida is hit by a major hurricane or multiple hurricanes. But the reverse has happened since 2020, with customers pouring into Citizens.

Gilway and other insurance-industry officials say insurers have retrenched because of financial losses in the state. Another factor has been a tight market for reinsurance, which plays a critical role as backup coverage for Florida insurers. Reinsurance, which is an unregulated global business, has become more expensive and harder to buy for insurers.

“This (Florida) market is reinsurance,” Gilway told the Citizens board Wednesday. “This is not a market that is well-capitalized. It really runs on reinsurance.”

The tight reinsurance market also has affected Citizens, which set aside $400 million to buy more than $4.6 billion in backup coverage this year. But it wound up spending $215 million for about $2.5 billion in coverage.

Citizens board Chairman Carlos Beruff said the decision to buy less coverage creates some more financial exposure, but he said Citizens officials determined it was not feasible to buy additional reinsurance at the price the state-backed insurer would have been forced to pay. Beruff said that “essentially, we couldn’t spend $185 million.”

Gov. Ron DeSantis called a special legislative session in May to address problems in the broader insurance system. Lawmakers made a series of changes, including trying to address roof-damage claims that insurers blame for increasing costs; trying to curb litigation costs about claims; and creating a $2 billion program to provide additional reinsurance to private insurers.

The Citizens board also recently approved a proposal aimed at trying to reduce costly litigation. That proposal, if approved by the Florida Office of Insurance Regulation, would seek to funnel at least some legal disputes to the state Division of Administrative Hearings instead of to the court system. 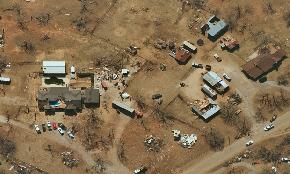 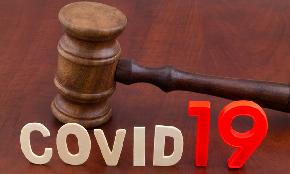 The decision is the first time a New Jersey judge has put such extensive workplace protections for COVID-19 symptoms in a written opinion.