When first married, many couples sit together and evaluate their insurance coverages and costs: life, health, disability, auto and supplemental policies they have, such as critical care insurance, cancer insurance and accident insurance. As a result, they will often meet with insurance agents and financial advisors to consolidate their coverages and make any changes that they feel will be beneficial.

Something that may get their attention as they get quotes on insurance is the gender gap with insurance rates.

Many women are pleased to hear that their rates for some insurance coverages are lower than for men, much to the chagrin of their significant others.

On the other hand, men will find their premiums can be lower for long-term disability insurance than for women.

In an era of struggle for equality between the sexes, why do insurance companies have higher rates for one gender than the other? This article will answer that question by looking at how insurers determine rates.

The power of actuaries

A major factor in the determination of insurance rates is risk. The insurance industry was founded to share risk among a large group of people that all would make payments (premiums) to be financially protected individually if they experienced an undesirable financial event.

An insurance company employs actuaries to assess a group’s risk and determine the odds of something happening that will result in someone submitting a claim for payment. They use statistical and mathematical models, as well as financial theories, and price their products accordingly.

The moral issue of whether or not it’s fair to charge one gender more than the other is a non-factor for an actuary when they determine rates. Actuaries do look at the gender of someone applying for coverage, as well as their age, health, occupation, geographic location, lifestyle and other factors.

There is risk inherent in any business or profession, and the amount of risk a company faces is one determinant of its prices.

So, how does gender impact the risk of a particular type of insurance? Looking at several different types of policies will answer that question.

Auto insurance premiums are higher for younger males than for females the same age because of risk. A study performed by the CDC in 2018 revealed that the rate of fatal car accidents for men between the ages of 16 and 19 was almost twice the rate for equally-aged women drivers.

Around age 25, men’s auto insurance rates decrease significantly. QuoteWizard determined that annual car insurance rates for a 35-year-old male were $720 for men and $739 for women. The rates stay fairly constant if a clean driving record is maintained.

Some states have started putting new laws into effect prohibiting auto insurers from using gender as a factor when determining premiums, resulting in a blended rate that is less than what it was for males, but higher for females.

There is also a gender gap in disability insurance, particularly for women in the medical field, which has seen a strong surge in female physicians. Women now represent more than 30% of all physicians and more than 45% of all residents and fellows.

The growing presence of women in medicine means more of them will discover the inequity of disability insurance premiums. Females are charged as much as 50% more than males. Again, it comes down to insurance companies and risk.

Insurers offering long-term disability insurance have found that women tend to file more disability claims because they are more likely to see a doctor when something is wrong. More diagnoses equate to more claims and higher rates for women. Women are also disabled for longer periods of time than men, adding to their higher premiums for coverage.

Premiums for life insurance policies are lower for females than males. This is simply because the risk of a life insurance company paying a claim sooner for a male than they will for a female is statistically much higher.

Life insurance actuaries examine mortality rates and set higher rates for men because women live longer. According to U.S. Census Bureau data, the projected life expectancy for a male born in 2010 is 75.6 years, while that of a woman is 81.4, meaning a female will be paying premiums for about six years longer than a male. Consequently, females have lower rates.

Group health insurance rates are higher for women than they are for men. Women are considered a higher risk than men because they live longer, visit the doctor more frequently, and have babies.

Rating by gender on the individual market is now illegal. Under the ACA, insurers are prohibited from charging women more than men. In addition, insurance companies must cover the entire cost of certain preventative services specific to women’s health, such as contraception and well-woman visits.

Change on the horizon?

The difference in genders and premiums is measurable, but may be shrinking because of new legislation and the efforts of advocates for equitable premiums. In the meantime, healthier lifestyles can stabilize premiums by lowering risk and increasing longevity, which is a win-win for everyone.

Bob Phillips spent more than fifteen years helping people plan their lives financially, Bob has a vast amount of personal knowledge concerning estate planning and many other end-of-life details. During his career, Bob mastered many different financial products to help people achieve their financial goals, including life insurance, disability insurance, mutual funds, and stocks and bonds. He earned the Chartered Life Underwriter (CLU) designation and held numerous securities licenses. Bob is an internationally published poet and is now a freelance writer living in North Texas with his wife and Doberman puppy.

This piece originally ran on the Breeze blog and is reprinted here with permission. 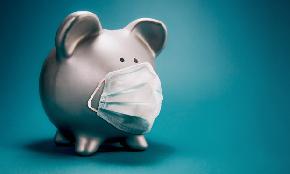