Insurers are getting more anxious about climate risks

More than 90% of insurance executives say climate risk will have a major impact on how they build their portfolios over the next two years.

(Bloomberg) — Insurers are getting increasingly worried about the perils of climate risk after a run of natural disasters, according to a report by BlackRock Inc.

The big majority of insurers now see climate as an investment risk and are positioning portfolios accordingly, Charles Hatami, global head of the Financial Institutions Group and Financial Markets Advisory at BlackRock, said. For its survey, BlackRock spoke with 362 executives at insurance companies representing $27 trillion in investable assets across 26 markets. 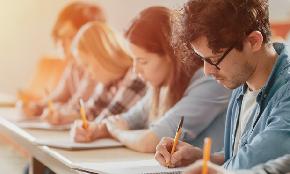