PuroClean celebrated diversity and inclusion this Hispanic Heritage Month, recognizing the emergence of a new group of outstanding franchise owners within its system. So far in 2021, the company has welcomed about one-third of new franchise owners who are of Hispanic or Latino descent. Additionally, PuroClean’s top honors were awarded to Hispanic franchise owners at the PuroClean Annual International Convention earlier this year. Husband-and-wife team Ivan and Karina Oliver from PuroClean of San Antonio Northwest were awarded Franchise of the Year, multi-unit owners, while David Shiffman and Ricardo Herdan earned top honors with Hot Shot awards. Additionally, the first PuroClean Cares Award was given to Nelson Rivera. 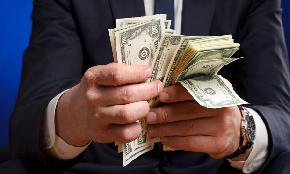 The financial services CEOs with the highest pay in 2020