The complaint accuses the insurer and its plan fiduciaries of mishandling employees' retirement investments.

A judge in the U.S. District Court for the Northern District of Illinois ruled that a class-action lawsuit against Allstate Corp. and its 401(k) fiduciaries, including Northern Trust, Financial Engines and Alight Financial Advisors, can go forward after the court rejected the defendants’ motion to dismiss the suit on Sept. 28, 2021.

The complaints against Allstate et al. are being brought by seven current and former Allstate employees as well as on behalf of two “putative” classes of beneficiaries. The plaintiffs stated that the company’s 401(k) plan’s fiduciaries “made and failed to remove imprudent investments, saddled the plan with excessive fees and caused the plan to make prohibited transactions” under the Employment Retirement Income Security Act. 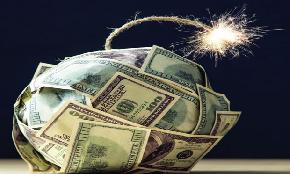