The Occupational Safety and Health Administration (OSHA) is levying more than $998,000 in fines against four companies that operate a poultry processing plant in Gainesville, Ga., following the death of six workers due to nitrogen leaking from a malfunctioning freezer. The safety administration found a total of 59 violations, including repeat infractions, at the facility.

Shortly after a shift had started, the freezer began releasing liquid nitrogen, which is colorless and odorless, into the plant’s air, displacing oxygen in the room, OSHA reported. Without taking any precautions, as they were not trained on the deadly effects of nitrogen exposure, three maintenance workers entered the freezer room and were overcome immediately. Subsequently, other workers entered the room and were also overtaken.

People on the move in the P&C insurance industry: September 24, 2021

News from Beazley, Pool Re, One Call and more. 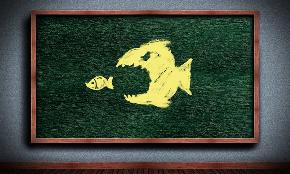