If U.S. intel was compromised in the Capitol riot, who is liable?

Law enforcement officials and privacy experts dissect the question of who may be legally at fault for cybersecurity breaches during the Capitol siege.

After a mob of Trump supporters stormed the Capitol on Wednesday, Jan. 6, the loss of life and damage to the building was almost immediately evident. Less apparent, legal experts say, is the cybersecurity risks as a result of rioting and the potential liability for any privacy incursions. Sen. Jeff Merkley (Democrat-Oregon) has reported that his laptop was one of several electronic devices stolen amid the chaos, and some of the rioters posted images in congressional leaders’ offices displaying computers with email platforms still accessible on staffers’ computer screens.

“It’s going to be a while before we fully understand all of the impacts of what this assault on the Capitol means,” said Allison Bender, of counsel at Wilson Sonsini Goodrich & Rosati in Washington, D.C. “I wouldn’t be surprised if we had a commission to study it. And I think there’s going to be people who are looking at this much more rapidly to figure out what they need to do for the inauguration.” 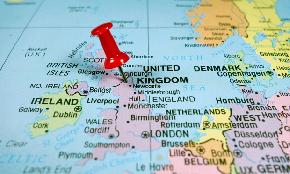