Why Vessel Liability Coverage Is a Key Part to Being Seaworthy

Whether it’s fuel oil on board, cargoes that pollute or even pollutants that are washed off the deck, the marine vessel owner is liable for anything that spills into the ocean, and the associated fines and cleanup costs can get very expensive.

In March 1989, the Exxon Valdez struck Bligh Reef in Alaska’s Prince William Sound, dumping 10.8 million gallons of crude oil into the ocean. It was the worst oil spill in history in terms of damage to the environment, and cost Exxon billions in cleanup and punitive damages. As devastating as this incident was, sometimes it takes a high-profile tragedy like it to effect change.

“The Exxon Valdez oil spill sparked an increased focus on ocean pollution. Thankfully, laws and regulations have been enacted since then to prevent such a catastrophic event in the future,” said Noah Kingston, divisional vice president of Great American Insurance Group Ocean Marine. “It’s certainly highlighted the importance of marine vessel pollution coverage.”

Whether it’s fuel oil on board, cargoes that pollute or even pollutants that are washed off the deck, the marine vessel owner is liable for anything that spills into the ocean, and the associated fines and cleanup costs can get very expensive. And, if the incident isn’t properly reported or handled, those fines and penalties can be compounded.

But pollution coverage is only one part of a vessel’s overall coverage needs. Hull damage, wreck removal, and crew injuries or deaths can all be parts of a single incident. Often, coverages for these events are farmed out to different insurers, managing general agents or syndicates, which makes the broker’s job managing everything very complicated. That’s where Great American shines: It’s a one-stop-shop for pollution, hull, protection and indemnity, marine liabilities, certificates of financial responsibility and several other ocean marine products. In addition, it offers a broad spectrum of ocean marine liability coverage products for marina and shipyard owners as well.

“From an underwriting perspective, having one carrier insure multiple coverages improves efficiency and allows for more competitive quotes with the most favorable terms possible,” said Kingston. “And from a broker and insured’s perspective, it’s a much easier and more streamlined experience.”

It also helps to have a team of experienced claims specialists entrenched in all things marine and marine-liability related. Kingston, for example, spent six years in the U.S. Coast Guard, and his experience translates directly to his current position. “I experienced first-hand all that can happen to a marine vessel — spills, wrecks and injuries included. Marine liability coverage can get complicated, and that’s why it’s so important to have an insurance carrier that can sort it all out, react quickly and provide the coverage needed to make the insured whole again.” 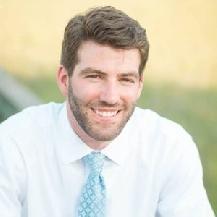 How the on-demand workforce is transforming insurance needs

As the gig economy expands, regulators are working to catch up with legal rights and work protections for individuals in mind. 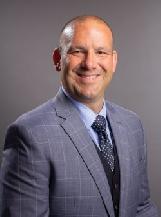 The marketplace is more difficult than ever to navigate with COVID-19, social inflation, a hardening insurance market and more. It’s made the role of the safety manager increasingly important, not only helping companies understand new and existing risks but also creating plans to help mitigate those risks 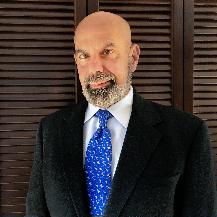 Between rate highs and lows, exciting trends, technologies and new coverages, there’s always something to talk about in the insurance industry.