Beginning in mid-March, auto insurance comparison shopping activity took off like a 'Bat Out of Hell.'

Equifax’s auto insurance shopping statistics for the first half of 2020 indicate that globally, shopping activity declined during the first few months of the pandemic when compared to January levels, then recovering in June, as the graphic above illustrates. However, as with anything in the auto insurance industry, to understand what’s truly been going on with consumer and carrier/agent behavior, it’s all about one word: Segmentation.

At Jornaya, when we segment the auto insurance shopping activity and shine a spotlight on a meaningful source of auto insurance consumer prospects for agents and carriers —comparison shopping websites — there’s a much different narrative. Now, we could point to the increase in internet usage as the analogy, but that’s less interesting than something like alcohol sales. The point: Consumer shopping activity on comparison shopping websites increased dramatically starting in mid-March and continued at a brisk pace into May and June, where YOY increases were 41% and 68%, respectively. 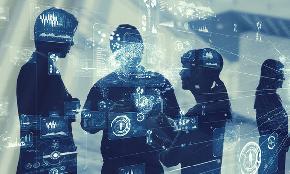