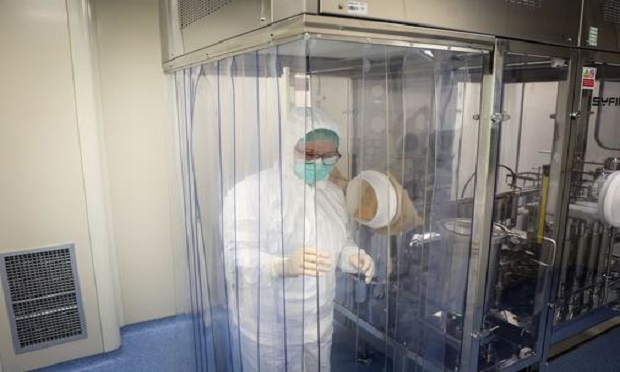 A laboratory technician stands behind PVC strip curtains on the Influenza A (H1N1) virus vaccine production line at the Torlak Institute of Virology in Belgrade, Serbia, on Tuesday, March 3, 2020. Coronavirus death rates, estimated at around 2%, are higher than the 0.1% for seasonal flu, another lung infection, but far lower than those from severe acute respiratory syndrome, or SARS, the related virus that killed about 9.6% of some 8,000 people infected. (Photo: Oliver Bunic/Bloomberg) 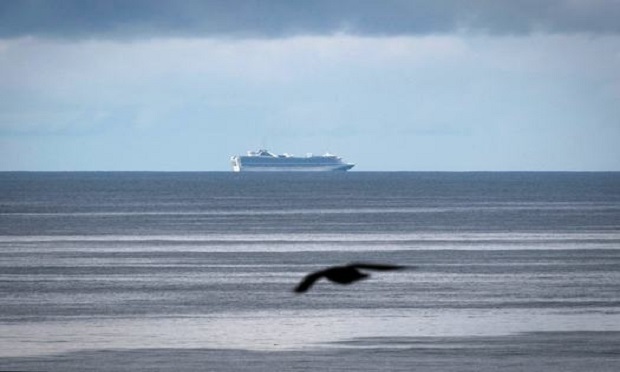 The Carnival Corp. Grand Princess cruise ship sits anchored off the coast of San Francisco, California, U.S., on Sunday, March 8, 2020. The Grand Princess cruise ship, with more than 20 passengers and crew on board confirmed to be infected with Covid-19, will dock at the Port of Oakland, California, on Monday, as local, state and federal authorities mobilize to get the acutely ill medical care at nearby hospitals. (Photo: David Paul Morris/Bloomberg) 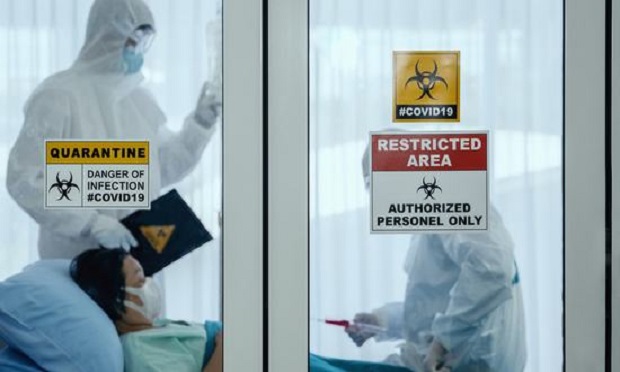 Editor’s Note: Here are the latest updates relating to the novel coronavirus (COVID-19) as of March 9, 2020.

Over the weekend, Connecticut reported its first case, while confirmed cases in N.Y. increased, including the head of the Port Authority of New York and New Jersey, Rick Cotton.

Washington, New York, California and Oregon declared state emergencies. Oregon Governor Kate Brown said in a statement that the state of emergency will open all resources at the state’s disposal to limit the spread of the coronavirus.

Several school districts and universities have canceled classes around the country, including Columbia University, Stanford University and Princeton University. New York Gov. Andrew Cuomo announced a new policy that would require a school to close for an initial 24-hours if a student tested positive for the virus.

After several days at sea, the Grand Princess cruise ship carrying at least 21 people who tested positive for COVID-19 will arrive at California’s Port of Oakland on Monday. When the ship docks, passengers will undergo medical screening by the U.S. Department of Health and Human Services and the CDC, according to a statement from Travis Air Force Base.

Several airlines announced new flexible policies in light of the coronavirus. For example, United Airlines issued a statement declaring waived flight change fees over the next 12 months for any ticket, any destination, and any fare booked through March 31, 2020.

New York Gov. Andrew Cuomo announced that travel insurers and agents will begin offering N.Y. residents and businesses the ability to buy ‘cancel for any reason’ travel insurance policies after consumers complained the coverage was not available to them.

Markets are beginning to show signs of the virus’s impact on the economy. On Monday afternoon, the Dow Jones Industrial Average tanked 2,000 points.

According to the World Health Organization (as of March 8, 2020):

Officials in Ireland are expected to cancel the nation’s annual St. Patrick’s Day parade in Dublin scheduled for March 17, while events in Cork, Ireland, have already been canceled.

Italy’s confirmed coronavirus cases spiked on Saturday to more than 1,200, prompting the Italian Prime Minister Giuseppe Conte to sign a decree placing nearly 16 million people in the northern region on lockdown. Additionally, Italian ski resorts are closing the season early, while sporting events “at all levels” are suspended until April 1.