For decades, critics have deemed figurative art as passé if not irrelevant, citing any number of milestones as evidence: The Industrial Revolution, the advent of Cubism, the ascendance of Abstract Impressionism, the deaths of Lucian Freud and Francis Bacon …. But, per Mark Twain’s well-worn riposte, reports of figurative art’s demise have been greatly exaggerated. Today, figurative art still serves as a powerful medium for creating narratives around enduring questions of identity and our place in the world; explorations not at all unlike when humans first started painting on cave walls 40,000 years ago.

My belief in the continuing appeal of figurative art was only reinforced after I helped organize the AXA Art Prize (formerly the XL Catlin Art Prize); I also had the privilege of serving as one the prize jurors. Building on a 10-year legacy of a related prize in the United Kingdom, the AXA Art Prize is a juried art contest and traveling exhibition that celebrates and champions figurative art by emerging artists. The AXA Art Prize is now in its second year in the United States, where it has become one of the country’s foremost student art competitions. 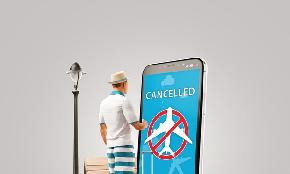 Review the circumstance where a travel policy would respond to COVID-19-related cancellations and interruptions.