This is a fearsome time for general counsel at opioid companies

By Sue Reisinger | October 09, 2019 at 05:00 AM | The original version of this story was published on Corporate Counsel
X

Experts say the opioid crisis in America has damaged 2.4 million people, claimed 300,000 lives and has cost the country over $500 billion in economic harm. The damage — and an urgent quest to place civil and criminal blame for it — has created a fearsome time for general counsel and chief compliance officers at many U.S. companies that make, distribute or sell the drugs.

Increasingly general counsel are having to deal with criminal investigations and indictments of their drug companies, and sometimes of their own roles. One example was the indictment in April of the Rochester Drug Co-Operative in New York along with its chief compliance officer. In July prosecutors arrested the chief compliance officer of Miami-Luken Inc. for allegedly helping the company to illegally sell millions of dollars’ worth of opioids.

Equally prevalent are civil lawsuits against drugmakers, distributors and large retailers. Upcoming federal multidistrict litigation involving about 2,000 suits against some two dozen companies is scheduled to begin in October, although settlement talks are underway. These suits have been brought by 400 cities, counties, states and others to recover money spent on dealing with the epidemic and its health effects. 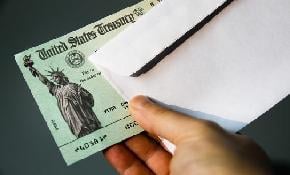 Fraudsters are leveraging the pandemic to pull scams ranging from insurance rackets to 'pump and dump' stock schemes.