How to shield businesses from employee lawsuits 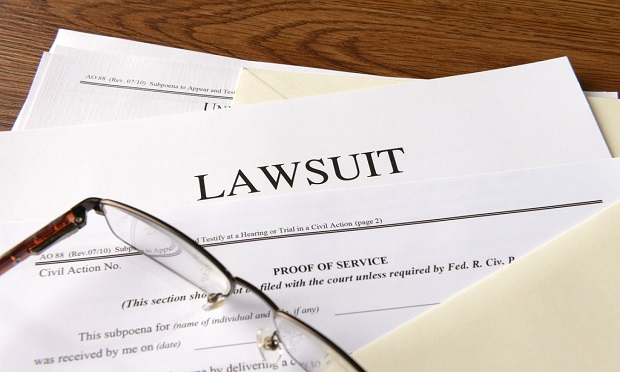 There are a variety of laws to protect the rights of your employees or those seeking employment. Take the time to know the following employment laws… (Photo: Shutterstock) 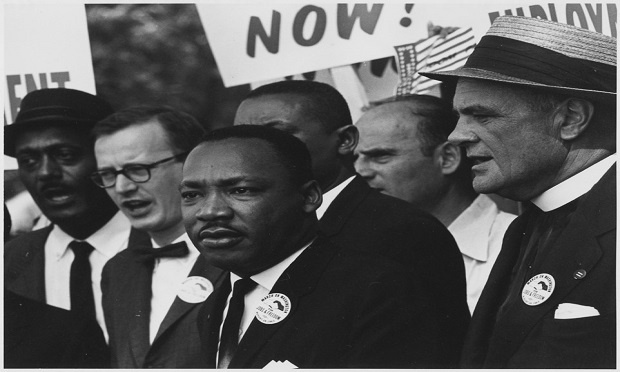 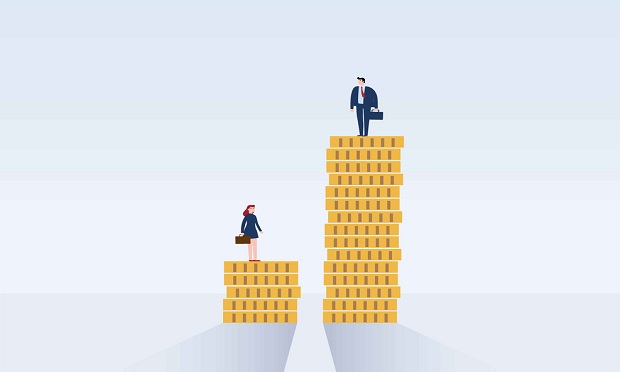 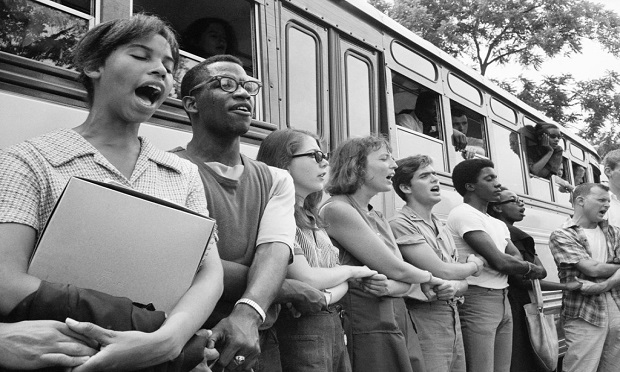 The Civil Rights Act of 1966 — Prohibits discrimination based on race or ethnic origin. (Here, Student civil rights activists join hands and sing as they prepare to leave Ohio to register black voters in Mississippi as part of Freedom Summer in 1964. AP Images) 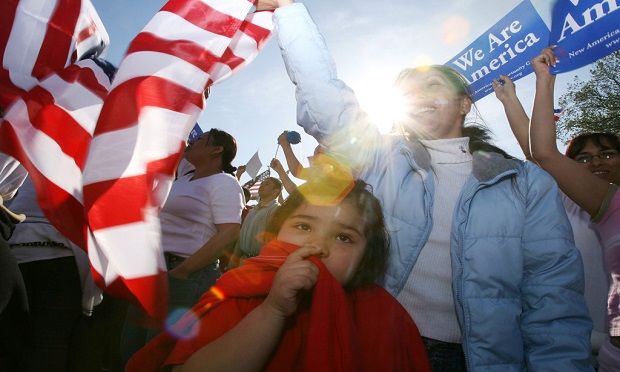 The Immigration Reform and Control Act of 1986 — Prohibits discrimination on the basis of national origin or citizenship of persons who are authorized to work in the United States. (Here, a crowd chants in favor of immigration law reform during a massive rally held at the Mall in Washington, D.C., on Mon., April 10, 2006. Photo is by Diego M. Radzinschi/Legal Times) 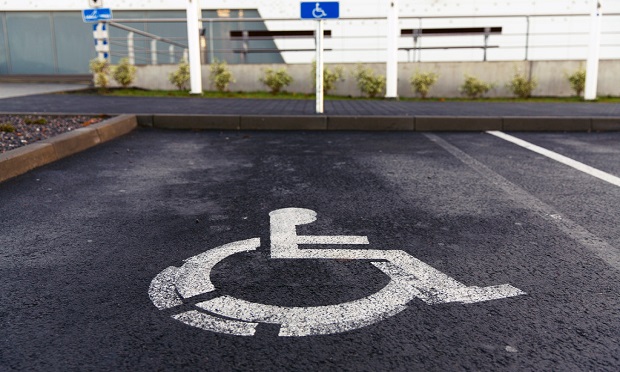 The Americans with Disabilities Act of 1990 — Prohibits discrimination against persons with disabilities. (Photo: Shutterstock) 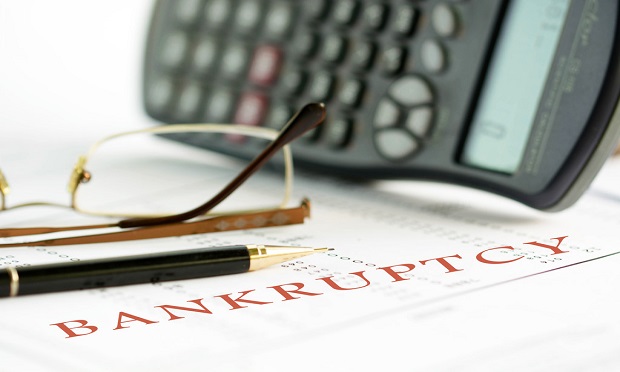 The Bankruptcy Code — Prohibits discrimination against anyone who has declared bankruptcy. (Photo: Shutterstock) 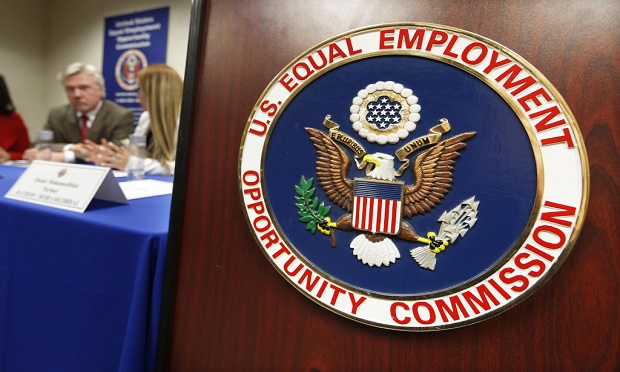 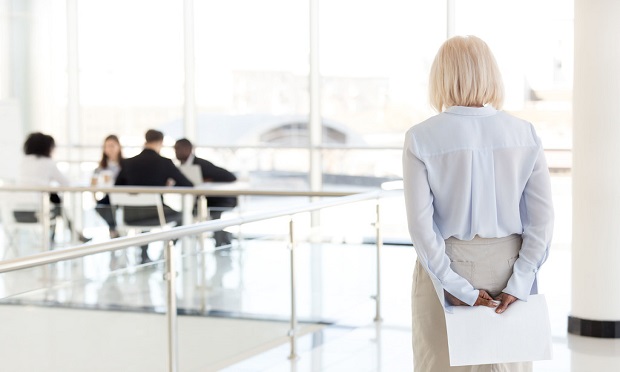 The Age Discrimination in Employment Act — Prohibits discrimination against individuals who are age 40 or older. (Photo: Shutterstock)

The Equal Employment Opportunity Commission (EEOC) enforces federal laws against workplace discrimination. In many cases, the EEOC will rule on a complaint from an employee about topics like wrongful termination and harassment. But just because the EEOC may not file charges against a company does not mean it is in the clear.

That’s a confusing fact that many people misunderstand. The EEOC has 180 days to investigate the claim from when it was filed. If the EEOC decides not to litigate, the charging party will receive a Notice of Right to Sue. Although this typically signals the end of the EEOC’s investigation and involvement, the business is still at risk of being sued by the charging party, who has 90 days to file a lawsuit in federal court.

While claims of discrimination, harassment and retaliation are nothing new, the costs associated with them are soaring. According to the EEOC, the average total claim cost in 2017 was $460,000. Settlement payments averaged $160,000 while defense costs averaged $300,000.

Here are five key ways a company can protect itself from a lawsuit:

No. 1: Pay attention to hiring practices.

Create a job description for each position that clearly defines expectations of skill and performance. Use an employment application that contains an equal employment opportunity statement along with a statement that, if hired, employment will be “at-will.” This means their employment can be terminated at any time for any reason or for no reason at all, with or without notice. Also ensure that your employment application does not include any age indicators, such as date graduated high school, as this could increase your risk for age discrimination claims.

Develop a screening and hiring program to weed out unsuitable candidates early in the process, before calling them to interview in person. Once you’ve decided on a candidate, conduct a background check prior to making the employment offer. Make sure to follow the Federal Fair Credit Reporting Act (FCRA) national standards for employment screening, which is typically to obtain written permission. Two common tools employers use to screen candidates are credit reports and criminal background reports.

No. 2: Develop a comprehensive employee handbook.

It is critical that the handbook states that your company has zero tolerance for violence, substance abuse, harassment or discrimination of any kind, including bullying. Include information on how to report violent acts or suspicious behavior, and how to document and report threats. Likewise, defining the various types of harassment and how employees may identify harassment must be included in the handbook. Document the ways employees can report complaints, identify who they can talk to in the company to address their concerns, and define the process you will take to investigate their claims. An open door policy in which employees can report infractions without fear of retribution is critical.

Additionally, the handbook should detail workplace policies and procedures that guide hiring, disciplining or terminating employees. Attendance expectations, including identifying what constitutes as misconduct, and how complaints or disciplinary actions will be handled, should also be outlined. Include an employment at-will statement and equal employment opportunity statement to provide additional protection.

Create an effective record-keeping system to document employee issues as they arise and what the company did to resolve those issues. Conduct periodic performance reviews of employees and carefully note the results in their file. Employee performance, both positive and failures, need to be documented. Include exactly what the employee did and said, as well as what the manager did and said. Any agreements, goals, expectations and timelines discussed during the conversation should also be documented.

Documentation provides evidence that performance issues were discussed with the employee in a timely and concise fashion. In termination situations, it also provides the evidence that supports that decision and can prove that the employee was terminated for legal reasons. The more documentation you have the better you can protect your organization in any legal suits.

There are a variety of laws to protect the rights of your employees or those seeking employment. Take the time to know the employment laws outlined in the slideshow above.

EPLI protects the company, its management and employees against alleged wrongful acts like wrongful termination, discrimination, sexual and workplace harassment, failure to hire or promote, retaliation and employment related invasion of privacy. Specifically, it provides legal defense costs when a lawsuit alleging harassment, discrimination or wrongful termination is brought against your organization, regardless of it your company wins or loses the suit. It also will reimburse your company for judgments and settlements. It’s the type of policy that can protect a small business from insolvency in the face of challenging and confusing rules and regulations.

For companies looking to mitigate risk, EPLI is the difference between successfully handling a lawsuit and the loss of a company’s reputation and livelihood. The numbers can be staggering and unmanageable for the average business. Employment Practices Liability Insurance is often an overlooked insurance product for businesses, but is essential liability protection for employers.

Who and what is covered?

EPLI can cover more than just wrongful termination, discrimination, harassment and retaliation claims. According to the International Risk Management Institute, EPLI can also protect against charges of defamation, invasion of privacy, failure to promote, deprivation of a career opportunity and negligent evaluation.

Most EPLI policies cover directors and officers, managers and employees. EPLI is available as stand-alone coverage but is also frequently included as part of a management liability package, which can also include directors and officers and fiduciary liability insurance. Most EPLI policies must be in effect both when an alleged event took place and a resulting lawsuit is filed for a claim to be paid, unless a policy has a retroactive date put in place.

Police forced their way into a man's home after a neighbor called 911 to report an assault.

From the wrist down: Deliveryman loses hand in dog attack

As the driver was delivering a package during the attack, it is likely a workers' compensation claim will be successful.