Recent research from the University of Chicago says ride-hailing is associated with a 3% increase in fatal accidents.

From 2012 to 2017, impaired driving convictions fell 34% in Georgia. Is it a coincidence that Uber entered the Atlanta area in 2012 and Lyft in 2013? California experienced similar improvements, with DUI arrests declining 32% in San Diego, 28% in San Jose, 26% in Sacramento and 14% in both Los Angeles and the San Francisco-Oakland are over a two-year period after ride-sharing services were introduced to the cities.

Law enforcement around the country credit ride-hailing services for keeping more impaired drivers off the road, but has that made our roads safer?

Not according to new evidence from the University of Chicago Booth Business School, which says ride-hailing services may be contributing to a 3% increase in traffic deaths.

The school’s research team analyzed traffic volume, transportation choices and accidents statistics in various U.S. cities both before and after the introduction of ride-hailing services in 2011.

Researchers found that 32,885 people died on U.S. roads in 2010; in 2016, that amount increased to more than 37,400 deaths. Data revealed that the introduction of ridesharing services accounts for an approximate 3% annual increase in traffic-related fatalities, or 987 people each year, with the most significant increases occurring in larger cities.

The study also found that bike and pedestrian fatalities involving vehicles have also increased since the introduction of ride-hailing services.

“More cars on the road meant more accidents, and more accidents meant more injuries and fatalities … Rideshare users encompass more than just other drivers, they also include those who would otherwise have taken public transportation, walked or biked, for example. So, the number of people in cars increases with the introduction of ridesharing,” the study says.

The researchers concluded that while there are clear benefits to ride-hailing services, such as the decrease in drunk driving, job opportunities and convenient transportation for commuters, they estimate that ridesharing’s impact on traffic-related fatalities have amounted to a cost of $10 billion. 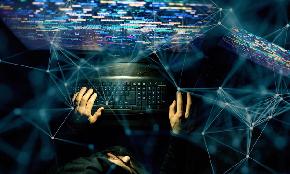