A London judge backed the group of former traders and managers in their battle to obtain millions dating back to the financial crisis.

A group of former traders and managers at American International Group Inc. (AIG) won a London judge’s backing in their battle to obtain $100 million dating back to the financial crisis, after he said that the insurance giant couldn’t put forward “abusive” arguments to block the payments.

Judge Andrew Baker ruled Tuesday that the insurer can’t assert that its AIG Financial Products unit would have rather gone bankrupt than pay the bonuses to the 23 ex-employees. An earlier ruling said the unit improperly withheld the payments, and the insurer wanted to make the case for bankruptcy in a new trial deciding the damages. 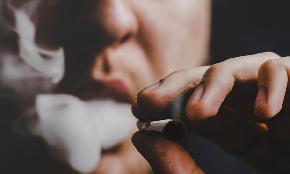 The Supreme Court complied with recommendations from the Solicitor General in declining to consider the medical marijuana reimbursement case.