The lawsuit claims the Sackler family 'profited off the suffering' and 'death of New Yorkers'.

The billionaire owners of Purdue Pharma LP must face a New York lawsuit claiming they triggered the U.S. opioid epidemic, a judge ruled, handing an early victory to states and local governments seeking to recoup billions of dollars in social costs from the drugs.

A state judge on Friday denied the Sacklers’ request to dismiss the lawsuit, filed by 58 counties and two dozen cities in New York. The ruling, in Suffolk County on Long Island, is the first by any court denying a motion by the Sacklers to throw out a suit by a state or county and allowing for pretrial fact-finding to proceed against the individual defendants and their trusts, said Paul Napoli, an attorney representing the New York governments. 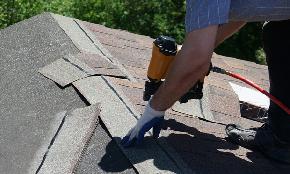 The lawsuit contends, in part, that the restrictions violate First Amendment rights as they deal with issues such as advertising and being able to advise homeowners about insurance coverage.