California may go dark this summer, and most aren't ready

(Bloomberg) — A plan by California’s biggest utility to cut power on high-wind days during the onrushing wildfire season could plunge millions of residents into darkness. And most people aren’t ready.

The plan by PG&E Corp. comes after the bankrupt utility said a transmission line that snapped in windy weather probably started last year’s Camp Fire, the deadliest in state history. While the plan may end one problem, it creates another as Californians seek ways to deal with what some fear could be days and days of blackouts.

Some residents are turning to other power sources, a boon for home battery systems marketed by Sunrun Inc., Tesla Inc. and Vivint Solar Inc. But the numbers of those systems in use are relatively small when compared with PG&E’s 5.4 million customers. Meanwhile, Governor Gavin Newsom said he’s budgeting $75 million to help communities deal with the threat.

“I’m worried,” Newsom said Thursday during a budget briefing in Sacramento. “We’re all worried about it for the elderly. We’re worried about it because we could see people’s power shut off not for a day or two but potentially a week.”

Six of the 10 most destructive wildfires in California history have come in the last 18 months, killing 123 people, and often shutting down large sections of the state’s electrical grid. The wildfire season usually starts around June and runs through December, exacerbated by strong winds that race through the state and dry conditions that turn brush and plants into tinder.

PG&E has warned the city of Calistoga that it could cut service as many as 15 times this fire season, said Chris Canning, mayor of the Napa Valley town scarred by wildfires two years ago. But in an interview, the company’s vice president of electric operations, Aaron Johnson, said the number will depend on how extreme the weather is.

The utility also plans to set up dozens of so-called “resiliency centers,” Johnson said by telephone, where backup generators can be brought in to run essential services. An initial pilot center is being built near Calistoga, he said.

Canning said his community is working on its own solution. He’s looking at developing a small network of microgrids consisting of solar panels and batteries, which would allow his community to function when PG&E pulls the plug.

The Calistoga mayor started seriously exploring the option after PG&E, fearing wildfire risk, cut power for nearly two days last fall, plunging his town into darkness. The outage meant assisted living facilities were crippled, streetlights were dark and gas pumps wouldn’t work. At the time, hardly anyone in the town had a backup generator, he said.

“If this is the new normal, we have to accommodate for it,” Canning said.

The Camp Fire in November, along with fires from the prior year, exposed PG&E to an estimated $30 billion or more in claims from blazes, hastening its January bankruptcy. Since then, the utility giant has been under pressure to better ensure that its equipment won’t spark fires. Earlier this year, PG&E said it would widen the scope of its power shutoffs to include high-transmission power lines, potentially impacting nearly 10 times the number of customers compared to an earlier plan.

The state’s other investor-owned utilities also have shutoff programs, but on a smaller scale than PG&E.

For more coverage like this, explore our The impact of climate change on P&C insurance Instant Insights page. 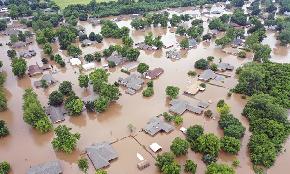 Cities with the lowest rates of flood insurance coverage

Data indicates there are only four active flood insurance policies for every 10 houses in high-risk flood zones. 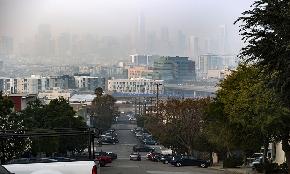 A new approach to tracking smoke shows it may cause as much damage as rising temperatures. 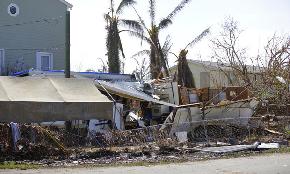 A change in Florida Statutes requires an insurance company to summarize policy changes made after 2018.