With just five weeks to go until the start of hurricane season, FEMA has made changes to better handle increasingly severe storms.

(Bloomberg) — Americans must assume more responsibility for protecting themselves from the rising toll of natural disasters, the head of the Federal Emergency Management Agency warned this week.

“Most people think, ‘I see it on TV, it’ll never happen to me; I’m not going to make the time or investment,’” Peter Gaynor, the acting FEMA administrator, said in an interview at his office at FEMA’s Washington headquarters. “We haven’t solved the problem in a significant way.”

With just five weeks to go until the start of hurricane season, FEMA has made changes to better handle increasingly severe storms, Gaynor said. That includes keeping more supplies in places such as Puerto Rico, Hawaii and Alaska, which can be harder to reach in emergencies. Congress has also given the agency the ability to spend more money preparing communities for disasters, which is cheaper than rebuilding afterward.

“We’re a much more ready agency, a battle-hardened agency, based on those two most recent disaster years,” Gaynor said.

But he said those changes won’t be enough to deal with the effects of increasingly powerful storms. “We are just a bridge to safe, secure and sanitary,” Gaynor said. “We cannot be everything to everyone. This is a partnership.”

Gaynor took over as acting administrator in March, assuming control of an agency with almost 10,000 staff and a budget of more than $17 billion. He had been second-in-command under Brock Long, who resigned after leading the agency’s efforts in several natural disasters, including its much-criticized responses to the hurricanes that devastated Puerto Rico in 2017.

President Donald Trump has nominated another top FEMA official, Jeff Byard, to become the new administrator; Byard’s nomination has yet to be confirmed by the Senate.

The escalating threat from unstable weather means that more people should carry flood insurance, Gaynor said. After Hurricane Harvey struck Houston in August 2017, the average payout in emergency disaster assistance was about $3,000, he said. But for people with flood insurance, the average insurance payout was more than $117,000.

“Our programs don’t make you whole, and that’s probably one thing that we need to say more often,” Gaynor said. “We would like to be more direct with survivors about what their responsibility is.”

State and local officials also need to do more, Gaynor said, starting with imposing tougher building codes. “I know that’s hard to do, when your family’s owned property for 50 years, to insist on some modification to that property, because it costs money,” Gaynor added. “But it’s in everybody’s best interests. The cost of disasters is not lessening.”

Gaynor said one of his key goals was to find the “secret sauce” of previous public safety campaigns, such as warnings not to smoke or text while driving, and apply that to disaster preparedness.

“It’s going to be a perennial challenge,” Gaynor said. “To change the culture is hard to do.”

“Until we get building codes passed at local and state levels that are meaningful, then we’re going to continue to see a lot of damage and destruction,” Long said during a press conference on Hurricane Michael last October.

He also called for people to get insurance, and heed evacuation warnings.

“We’re just one part of the formula that’s needed in this whole community to stop this madness,” Long said. “You see this enough in your career, you get ticked off.” 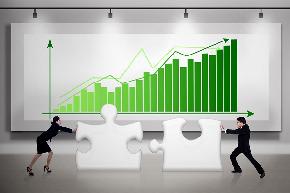 ESG is gaining weight in measuring performance, but can companies execute?

Middle-market companies are aware of the shift to broader corporate social responsibilities but haven't fully enacted changes themselves. The nonprofit Give Kids The World Village needs the workers' comp industry now more than ever to help support its mission. 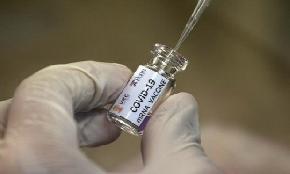 Coronavirus update: Fear of a 'second wave,' U.S. severs WHO ties and more

Here is a round-up of essential COVID-19-related news from around the world on June 1, 2020.