“Self-driving cars” have long been touted as the transportation future. Investments by automotive manufacturers in technology to test the limits of the theory of autonomous vehicles and the slow introduction of self-driving vehicle features in mainstream vehicles have both made science fiction more of a reality than ever before.

What is an autonomous vehicle?

Many safety features found in cars today represent the infancy stages of autonomous vehicles, including blind spot monitoring, lane control technology, self-parking features and drowsiness detection. These features are touted through marketing as “self-driving vehicles.” Yet, not all cars sold today contain all of these features, leading to confusion as to what is a truly autonomous vehicle.

To give these stages context, the most advanced “autonomous” vehicle currently on the market is only a Stage 2 autonomous vehicle. Audi recently introduced a vehicle that was touted as a Stage 3 autonomous vehicle, yet it encountered roadblocks in the United States given that regulations for advanced autonomy vehicles are currently determined at the state level on a state-by-state basis.

It is important for any insurance professional to understand the above distinctions and closely examine where on the spectrum certain vehicles on the market fall. If a “one size fits all” approach does not work for defining autonomous vehicles, such an approach should not be taken towards coverage for the array of vehicles on the market.

Given that Stage 5 autonomy vehicles are not expected to be available to consumers until 2030, it is important that in the interim, insurers consider tailoring policies to maximize coverage opportunities for consumers and limit liability due to policies that do not fully address existing technology or differences in technology across various makes and models.

While existing insurance policy terms must adapt to the evolution of autonomous vehicles in differing stages of autonomy, insurers must also start to develop new types of policies that cover claims that will arise as vehicles become more autonomous.

As vehicle autonomy moves more towards stages 4 and 5 on the SAE spectrum, traffic accidents will certainly decrease considerably; however, they are unlikely to disappear entirely. Any notion that autonomous vehicle technology will execute flawlessly is a fallacy. Failure of any of the following components in autonomous vehicles could lead to accidents, injuries and claims:

With such responsibility, though, comes potential liability for failure to properly install, maintain or repair sensor equipment, which could result in malfunctions in autonomous vehicles and accidents. Claims will, therefore, arise against municipalities, which is another avenue of expansion of the scope of coverage for insurers.

The need for insurance policies for drivers will continue even after the United States has reached full Stage 5 vehicle autonomy, primarily to cover claims resulting from vehicle owner negligence — for example, the failure of the owner to update software for an autonomous vehicle, which could result in accidents on the road. In addition, coverage will still be needed for claims stemming from theft or weather damage, just as they do today for non-autonomous vehicles.

Preparing for the future

As technology advances and companies develop more truly autonomous vehicles for consumer use, it is imperative that insurers adapt to the changes and offer insureds the most comprehensive and accurate coverage possible. Some tips for insurers with respect to preparing for the autonomous vehicle future include:

It is imperative to keep abreast of the changes in the autonomous vehicle world. How quickly are manufacturers developing autonomous vehicle technology? What are the differences between the types of technology that are incrementally introduced to consumers to make vehicles more autonomous? In the transition years before all vehicles achieve Stage 5 autonomous status, there should not be “one-stop shopping” for insurance policies and insurers must be prepared to offer the right policy to protect themselves based on the specific make/model of the vehicle to be insured.

At both the federal and state levels, discussions have already begun regarding regulations that will be needed for autonomous vehicles. These regulations may very well impact the way in which policies are written; however, attention should also be paid to considerations offering protections to manufacturers of autonomous vehicles to shield them from liability. The belief is that by creating such protections, it will incentivize companies to rapidly research and develop autonomous vehicles. Any such legislation, however, would shift the focus of claims in the ways discussed earlier.

Many believe that the information regarding existing autonomous technology is shrouded in secrecy so that auto manufacturers can maintain competitive advantages. However, the information is more readily available than you may think. Not only are there numerous technophile websites that compare and contrast the available technology among manufacturers, but the auto industry markets its latest developments through press releases, commercials or at trade shows. Advertising for the “next new thing” often starts two years before the vehicle actually hits the market, providing ample time to investigate and request information directly from the manufacturers.

Insurers, though, cannot wait until the cusp of true autonomy in vehicles to prepare for the many new facets of coverage that autonomous vehicles will afford. Prepare now for what is inevitable and establish yourself as a knowledgeable industry leader for autonomous vehicles. Doing so will allow you to provide the most enticing coverage options to all parties that will need coverage for the autonomous vehicle wave.

John Gardella (JGardella@cmbg3.com) is a founding partner of CMBG3 Law. He has practiced for over a decade in the areas of insurance, environmental, products liability and toxic torts litigation.

To learn more about these risks, join us at the America’s Claims Executive Leadership Forum and Expo in Las Vegas, June 24-26. 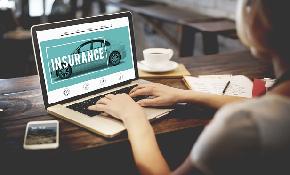 The science behind insurance shopping

Understanding the needs of different customers and why they are more inclined to shop can help carriers better target ad spends and messaging. 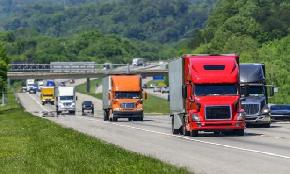 Another one bites the dust: Trucking companies in demise

2019 was a bad year for trucking company closures — and the affordability of insurance is partly to blame.

The passage of the Appropriations Act is critical to the stability of real estate markets as it caps premium prices.