On Dec. 28, FEMA announced that it was resuming the sale of new insurance policies and the renewal of expiring policies.

Once again, just in the nick of time, on Friday, December 21, 2018, Congress reauthorized the National Flood Insurance Program (NFIP) until May 31, 2019.

There was widespread industry joy following this development. For example, the National Association of Professional Insurance Agents (PIA) released a statement that said that it was pleased that Congress passed a bill to reauthorize the NFIP, observing that a lapse “would have disrupted the lives of millions of NFIP policyholders.” 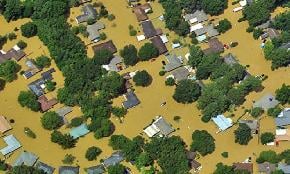 Many insureds need to know the facts about flooding in order to make smarter choices about flood coverage.