Is InsurTech the best carrier investment? Yes, in some cases...

InsurTech is key to creating a friction-less customer experience, but what about back-end insurance processes?

In the past, I have written that InsurTechs needed to be able to bring some benefit to carriers and agents — namely, to help them win or write new business or retain existing business on Main Street, USA — in order to prove themselves a worthy investment.

While I still believe that InsurTechs’ most important use should be to increase the carrier’s business, I’d like to further nuance my outlook on how InsurTech should develop its role in the insurance industry.

The shift from insurance technology to InsurTech is probably not, in actuality, as great a change as it’s made out to be. Nor is it an either/or proposition.

InsurTech is seen to be the slower but still AI-driven progeny of fintech, which nearly always has the word ‘disruptive’ attached to it. Areas of fintech are also powered by concepts like blockchain and machine learning.

But I posit that InsurTech is something different altogether from fintech: it’s on its own pace, has different goals, and ultimately, I believe, has a sustainably evolving role to play.

If there’s one thing the insurance industry has proven about itself over the years, it’s that change doesn’t happen quickly. So while new insurance technologies ultimately need to help make the customer journey more friction-less, the march of technology within the industry in general has pointed toward making the back-end processes more seamless, and helping to bring carriers and agencies into the modern age.

InsurTech may seem like a good idea from the standpoint of achieving a friction-less customer experience, but it’s less commonly looked at from the angle of internal process, which is where the majority of insurance technology is actually happening.

Some have observed that the real technological change taking place has been in the form of improvements to the inner workings of insurance companies, rather than applying technology to automating the consumer-facing end of the business, which is the darling of fintech and InsurTech alike. Areas like modernizing distribution models, and bringing automation to agency management systems and compliance — the most promising direction of insurance technology over the last couple of decades — are in actuality, leading to better communications between carriers and agents.

While there have been marked improvements to these systems, it’s important to recognize that insurance has much further to go in terms of using technology to improve workflows, connectivity, marketing, and ultimately person-to-person interactions.

For instance, the insurance industry needs a centralized technology platform rather than localized technology solutions. It’s like comparing the reach of federal government versus local governments. The InsurTech industry can develop an app to automate comparison pricing, for instance, but these are meta-regional. They’re the spokes rather than the center of the wheel.

What’s more, technology analysts are starting to view distribution as evolving into a core system. Having a core system in place is what will ultimately enable insurers to operate friction-lessly.

This kind of thinking is bearing itself out in the current InsurTech environment. Recent research has shown that money is pouring in for established InsurTechs that have already acquired actual expertise in one of these areas and want to expand on it. But investment is slowing down for the startups (the rank beginners).

Across industries, the emphasis on innovation has led to many startups going out to the front end too soon — pitching their product before it was ready, or putting it in trails before the actual market need for the product was established.

In risk-averse insurance, as perhaps in no other field, there needs to be a focus on measurable results, which is a perpetual problem with new, expensive technologies. One approach many companies will take is not being too early an adopter, and waiting to see how InsurTech innovations will affect the industry as a whole.

Regardless, the insurance industry’s main tasks are to streamline distribution and compliance processes, improve agency management, and make the types of operational improvements that free up time for insurance professionals to spend with clients.  If a new technology’s bells and whistles distract them from doing what they really need to do, it probably shouldn’t be a priority.

Most consumer-facing InsurTechs promise efficiency because there isn’t a human involved. But aren’t insurance companies really a people-to-people businesses? Ultimately, what works best for customers is to have someone on hand to figure out and explain policies to consumers, and why they need them. Will most well established carriers and agencies want to invest in dis-intermediating the best part of their business, by automating it? I don’t believe so.

So with all the excitement over InsurTech, here’s a gentle, insurance-paced reminder that if insurance companies are going to invest in them, they have to work on the insurers’ side first and foremost. Helping consumers have a friction-less experience on the periphery, but not bringing this back to the carrier or the agency side, is likely to be a low-return investment.

John Sarich is an industry analyst and vice president of Strategy at VUE Software. He is a senior solutions architect, strategic consultant and business advisor with over 25 years of insurance industry experience. He can be reached at [email protected].

These opinions are the author’s own. Lemonade's tweet causes uproar over its use of AI

The insurer's error comes as artificial intelligence faces criticism from those who say it’s subject to biases. 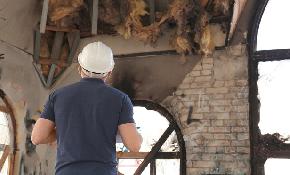