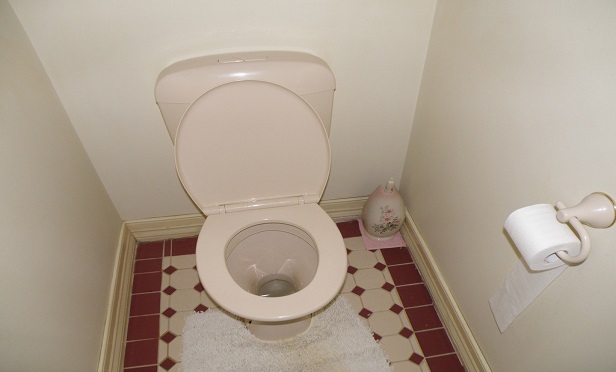 There may not be coverage when water damage in a commercial property was caused by a broken toilet seal. (ALM Media archives/Free use image) 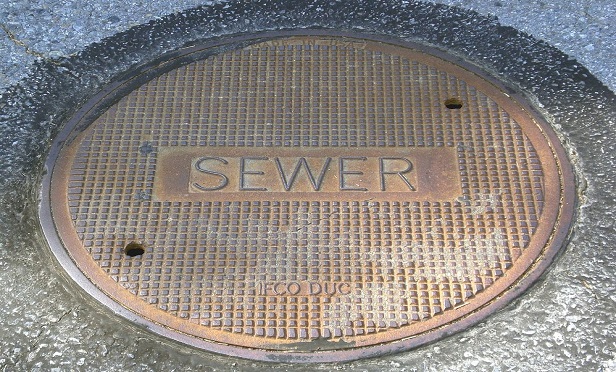 In a business owner’s policy, it may be necessary to illustrate that a sewer located away from the actual building could still cause property damage. (ALM Media archives) 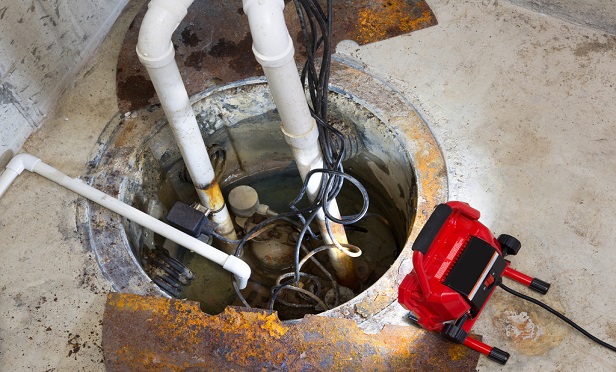 Sump pump claims may not be covered if the carrier determines any damage was caused by flooding or ground water. (Shutterstock)

Analysis brought to you by the experts at FC&S Online, the recognized authority on insurance coverage interpretation and analysis for the P&C industry. To find out more — or to have YOUR coverage question answered — visit the National Underwriter website, or contact the editors via Twitter: @FCSbulletins.

Question: This is a Commercial Property risk. I have a toilet that continued to run as the toilet stopper did not seal properly. All would be fine except the heavy rains saturated the drain field not allowing the water to drain from the toilet. This resulted in an overflow causing damage.

Does this limit apply or would it be considered a loss under the normal limits? But for the saturated drain field, there would be no loss. The drain field caused the water to not be able to drain properly; is that a back-up by definition?

Answer: Endorsement CP 73 51 is a proprietary endorsement that includes additional coverage for Discharge From Sewer, Drain Or Sump (Not Flood-Related), up to a $10,000 limit in the endorsement. This response is in regards to the water damage claim submitted for our review. Here are the facts as presented:

Based on these facts, there are two causes of loss, and we cannot determine the extent of damage from each cause of loss:

This is not an expert opinion, just personal experience with a broken toilet flapper. Regardless of how much the toilet ran, it never ran outside the toilet bowl because the drain carried out the water. If the drain was stopped up, not allowing the water to flow through the drain, then the water could back up and out from the toilet bowl, causing interior water damage.

If the water damage was caused by the broken toilet seal, there would be no coverage.

If the water damage was caused by the drain field overflow, then there would be limited coverage of $10,000 for Discharge From Sewer, Drain Or Sump (Not Flood-Related) provided in the proprietary endorsement CP 73 51.

However, this is an issue of fact, not coverage. We can only speak to the coverages that would be provided in the forms based on the two causes of loss as presented.

Question: Our property coverage contains an exclusion for flood. Included under the flood definition is the exclusion of water or sewage that backs up through sewers, drains or sumps. It also excludes overflow of any body of water.

We have a claim where the fire department put a load of clothes in the washing machine and was called out on a run. During the washing cycle, water overflowed into the building due to the drain being frozen from an ice storm. This was while the firefighters were gone performing their duties. When they returned, the building was flooded, damaging carpet and sheet-rock. Is this covered?

Answer: We do not see an exclusion that would apply in this situation. It doesn’t sound as if the water actually went down a drain and then backed up. The washing machine overflowed because water could not go down the frozen drain, which would not constitute a backup. So, in our opinion, the loss is covered.

Question: One of the more common claims we handle deals with sump pumps and applicable exclusions. In this case, the business owner’s policy contains the following provision, “We will pay for loss or damage to covered property caused by water that backs up from a sewer or drain, subject to the following limitations:  We will not pay for loss or damage under this Additional Coverage caused by the emanation of water from a sewer or drain that itself is caused by, or is the result of “flood,” surface water, waves, tides, tidal waves, overflow of any body of water or their spray, all whether driven by wind or not;”.

Carrier issued a denial, as follows:

In view of the cited exclusions, the water damage to the basement is the result of flood and groundwater; therefore, we would not make a payment for this loss.

The loss was not caused by flood or surface water, but a high water table that overwhelmed the pump’s capability to function due to two major rain events one year ago. When the water table receded, the pump functioned so it was not failure in the sense one thinks of failure, i.e., mechanical or electrical. Water entered through the sump, through some cracks in the floor.

The carrier used the term “groundwater” in the denial. That is not addressed in the endorsement.

Answer: It does not sound like the water backed up through the sump pump but in fact came through the cracks in the floor.

This type of loss would be subject to the part of the water exclusion that states, “Water under the ground surface pressing on, or flowing through… floors… basements.” (This can be seen in the ISO BP 00 03 01 10, B.1.g.) If the insured has purchased sewer and drain backup coverage, it would not apply to this type of loss. However, if it can be shown that the water really did overflow or was discharged from the sump (as opposed to seeping in through floor cracks), that would be covered.