The Atlantic has been quiet — too quiet — this hurricane season

In 1961, an August without storms was followed by four major hurricanes in September.

(Bloomberg) – Where are all the big Atlantic storms?

A year ago, Hurricane Harvey made landfall in Texas, kicking off a parade of destructive storms that made 2017 the costliest Atlantic season ever. So far in 2018, the region has been oddly still, with five named storms that failed to deliver any kind of impressive weather. At the moment there’s barely even a crack of thunder over the ocean, though forecasters are starting to watch a newly formed African wave. 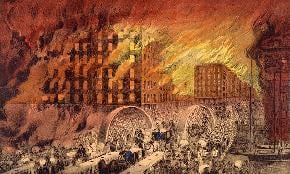 The costliest fires in U.S. history

There are now more buildings and neighborhoods near fire-prone areas than there used to be.