Arming teachers may cause more problems than it solves.

The shooting at Marjorie Stoneman Douglas High School in Parkland, Florida, on February 14, 2018, left 17 students or teachers dead, and an expelled 19-year-old, Nikolas Cruz, in police custody. The shooting triggered a nationwide “Enough is Enough!” march in Washington and across the nation against guns and the National Rifle Association, and Florida’s governor, Rick Scott, signed into law new restrictive gun rules.

More states may do likewise. But will it help to reduce the number of killings with hand or semi-automatic guns? One suggestion has been to arm as many teachers as are willing to shoot a shooter. Is this a good idea? 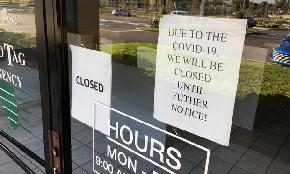 The case is one of the rare instances where the policyholder prevailed in a pandemic-related insurance coverage dispute.