What's trending? A look at factors impacting insurers this year

We take a look at this year's major catastrophes, and what insurers should be watching for in 2018.

A review of 2017 finds it was littered with everything from natural disasters to large-scale public acts of terror that injured and claimed the lives of thousands in the U.S. alone.

Swiss Re, a wholesale provider of reinsurance, released a study showing that weather extremes like thunderstorms and tornadoes accounted for some of the heftiest losses, with four weather events creating more than $1 billion in damage. According to its preliminary assessment of loss for the first half of 2017 – total economic losses of global natural and man-made catastrophes resulted in $44 billion in losses, although the majority of damage was covered by insurers. 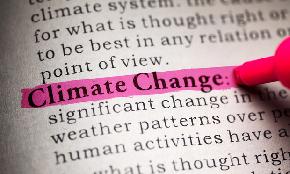