The states claimed GM employees knew as early as 2004 that the ignition switch could be a safety risk. But recalls were delayed for years.

The settlement, announced Thursday, comes three years after GM issued recalls for more than 9 million vehicles in the U.S. for a defect that could cause cars to suddenly lose electrical systems, including power steering and power brakes. In some situations, air bags failed to deploy in a collision. 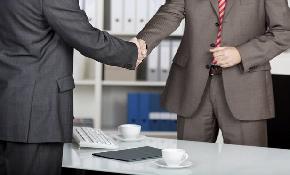 Knowing how to connect with CFOs can be the key to turning a prospect into a client.