If you want exponential growth in 2017, a resolution wont cut it but a written, detailed, working business plan will give you a fighting chance.

In college, my roommate Jack announced his big New Year’s resolution — to finally stop smoking. He was a long-distance runner and was seeing the toll his habit was taking on his performance.

By mid-January, however, it was clear that his resolution was was not to stop smoking cigarettes, it was to stop buying them. Every time he felt the urge to smoke, he asked to “borrow” a cigarette from one of my other roommates. By February, his resolution was forgotten. 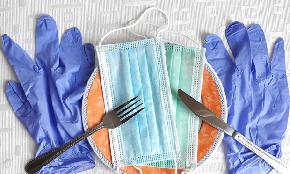 Another appeals court sides with insurer in pandemic BI case

Zurich denied the plaintiffs' claim because they had not suffered "physical loss or damage to" their buildings, the opinion said.