Net income declined to 974 million euros ($1.08 billion) from 1.1 billion euros a year earlier, the Munich-based company said in a statement on Tuesday. That compares with the 479 million-euro average of eight estimates compiled by Bloomberg. Munich Re confirmed its full-year earnings target of 2.3 billion euros, having cut it in May. 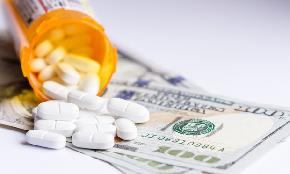 How the Inflation Reduction Act could affect workers' comp