Educating actuaries to tackle the global risks of today — and tomorrow

Managing exposure in a highly connected world requires that actuaries be educated and trained to anticipate, analyze and address risk on a broader scale than ever before.

By 2020, the nebulous network of interconnected items known as the Internet of Things (IoT) will include around 50 billion objects, from smart cars to smart homes and beyond, predicts the technology conglomerate Cisco. By then, the IoT market will be worth an estimated $7.1 trillion, according to International Data Corporation.

But not only does global connectedness highlight opportunities, it reveals and amplifies vulnerabilities. In 2013, for example, a large retailer was breached when hackers entered its network via the company’s HVAC (heating, ventilation and air-conditioning) system. And researchers recently found their way into an automobile’s controls via the vehicle’s CD playback system. 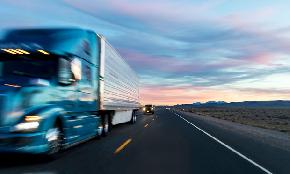 This coverage is especially prudent when goods being transported are high-dollar, says the Insurance Information Institute.