Most claim issues revolve around differences of opinion between policyholders and insurers.

The road to resolving property and business interruption claims can be a rough one for a company’s risk manager, chief financial officer and in-house counsel.

While insurance companies deal with the nuances of insurance claims on a daily basis, policyholders typically don’t consider the insurance claim process until they experience a loss. Therefore, it can be a struggle when confronted with the inevitable issues that arise such as:

Let’s look at some aspects of the claim process and how policyholders can make it more efficient, avoid disputes and increase the chances of reaching a reasonable settlement:

Duck Creek’s Courtney Townsend shares insights for creating a diverse and engaged workforce in this podcast. 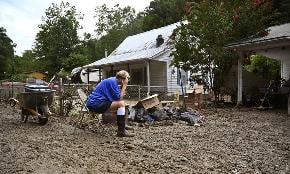