Coal baron gets year in prison over mine-safety conspiracy

Donald Blankenship was sentenced to a year in prison for evading mine-safety rules for his part in the worst U.S. coal industry accident in almost 40 years.

(Bloomberg) – Former coal baron Donald Blankenship was sentenced to a year in prison for evading mine-safety rules in one of the final chapters of a fatal mine explosion that was the worst U.S. coal industry accident in almost 40 years.

U.S. District Judge Irene Berger in Charleston, West Virginia, also fined the ex-Massey Energy chief executive officer $250,000 and denied his request to remain free during appeal. Berger ordered Blankenship to report to prison as soon as the Federal Bureau of Prisons orders him to. 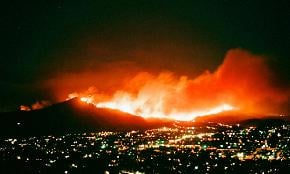 A cottage industry in fire detection tech has taken root as wildfires have become more frequent and financially ruinous.