Duty without limits: Fully advise your clients about all possible risks

Producers should fully advise their clients about all possible risks to their insured businesses.

I don’t know how many hundreds of thousands of insurance professionals there are in the U.S., but I am constantly surprised at how small the insurance world really is. For example, several years ago I was on my way from New York to Atlantic City on a cold rainy night. Approaching the bridge that goes on from Staten Island to New Jersey my car stalled and wouldn’t start. I put on my flashing emergency lights, and shortly somebody stopped and asked if he could help. It was the son of a good insurance friend of mine. Well, another example of the small world of insurance has just occurred.

Barry Zalma wrote a terrific article for this site titled “Don’t bet the farm.” The essence of this case is that the plaintiff, Scruggs, replanted seeds that were weed resistant and patented by the Monsanto Chemical Company. The practice of replanting seeds is an age-old practice, used by farmers who harvest their crops and save some seeds to be replanted the following growing season. There’s nothing wrong with the practice except that these seeds were patented by Monsanto, and farmers who purchased the seeds were explicitly directed not to replant them. 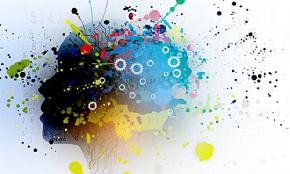