Subtropical Storm Ana has stalled off the U.S. East Coast after forming overnight, arriving more than three weeks before the official start of the Atlantic hurricane season.

(Bloomberg) — Subtropical Storm Ana has stalled off the U.S. East Coast after forming overnight, arriving more than three weeks before the official start of the Atlantic hurricane season.

The system, about 170 miles (274 kilometers) south- southeast of Myrtle Beach, South Carolina, had sustained winds of 45 miles per hour and is stationary, according to an 8 a.m. advisory from the National Hurricane Center in Miami. A tropical storm watch is in effect from Cape Lookout, North Carolina, to Edisto Beach, South Carolina.

How much does an at-fault accident impact auto insurance premiums?

The rate increase following an accident varies depending on the location, driver’s history and insurance company. 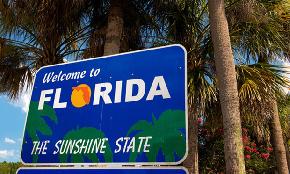 Slide building on presence in Florida, picks up 91K policies from UPC

Insurance reforms passed in 2022 are a ‘game changer’ for Florida’s market and helped move the needle on this deal, Slide CEO tells PC360.