Here's how drones are going to transform the insurance industry

Unmanned Aerial Systems (UAS) are becoming increasingly more attractive for use in commercial insurance applications, particularly for property review and inspection; however, there are challenges that need to be overcome before it becomes standard operating procedure. The first is just understanding the terminology.

The answer can be somewhat complex. From a strict definition, a drone is an unmanned aircraft that does not have a human in control while flying. Most military drones are very large and built for surveillance and reconnaissance, but by the strict definition they require human interaction, so technically they are not drones. They are unmanned aircraft of which the most well-known is probably the Predator. With a wing span of 49 feet and overall length of 27 feet, it takes a tremendous amount of training to operate and requires direct involvement from highly skilled pilots.

Unmanned Aerial Vehicles (UAV) are aircraft controlled by an operator on the ground. An Unmanned Aerial System (UAS) is the entire system — aircraft, controller, camera systems and software. The evolution of technology surrounding UAVs has resulted in the development of small vehicles at a price point that makes them attainable for commercial businesses and the general population. This has led to a growing debate surrounding regulations of their use, particularly as it relates to the safety and privacy of the general public.

Currently, the use of UAS in commercial applications is only allowed with an exemption from the Federal Aviation Administration (FAA) under Section 333 of the FAA Modernization and Reform Act of 2012 (FMRA).

The FAA is developing the regulatory framework on a five-year roadmap to safely integrate small UAS into routine National Airspace System (NAS) operations. Under this section, the FAA Secretary can decide whether to grant an exemption if the UAS will not pose a hazard to users of the NAS or pose a threat to the public or national security.

The popularity, use and sophistication of the UAS is increasing at a rapid pace with little compliance or oversight. For example, the manned aircraft industry is subject to standardized design specifications to ensure safe operations while the unmanned industry does not have any design or safety standards. This makes it challenging to apply basic FAA guidelines to the civil UAS industry.

Interpretation of regulations and standards should be reviewed and addressed by the FAA with input and support from the commercial user community. The FAA must understand the various implications and uses for each segment, and it can only do so by working closely with potential users and understanding the applications.

This is where industry collaboration groups like the Property Drone Consortium (PDC) play an important role not only as a conduit to federal governmental agencies such as the FAA, but by also investing in research and development of commercial and governmental solutions that meet strict standards for safety, privacy, operation and technology. The consortium has several key leaders from the insurance industry as members including Allstate Insurance Company, Erie Insurance Group, Nationwide Mutual Insurance Company, and the Insurance Institute for Business and Home Safety.

The sky is not the limit

There are daily media stories about the potential uses for UAS ranging from crop inspection to damage assessment following storms to search and rescue. The insurance industry could see tremendous benefits utilizing the technology in claims situations. Eliminating or significantly reducing the need to send inspectors into the field and onto damaged structures will have a huge impact on safety and efficiency. The technology behind the UAS and its cameras are vital to capturing high-resolution, georeferenced, accurate information and data.

There are many hobbyist videos available on the Internet that demonstrate why all UAS are not ideal for commercial use when accurate date is critical. Images often appear with a fish-eye effect, flight paths are often not smooth in the case of video capture and beyond a visual view, there is no ability to extract data such as a property owner, elevation and the like. 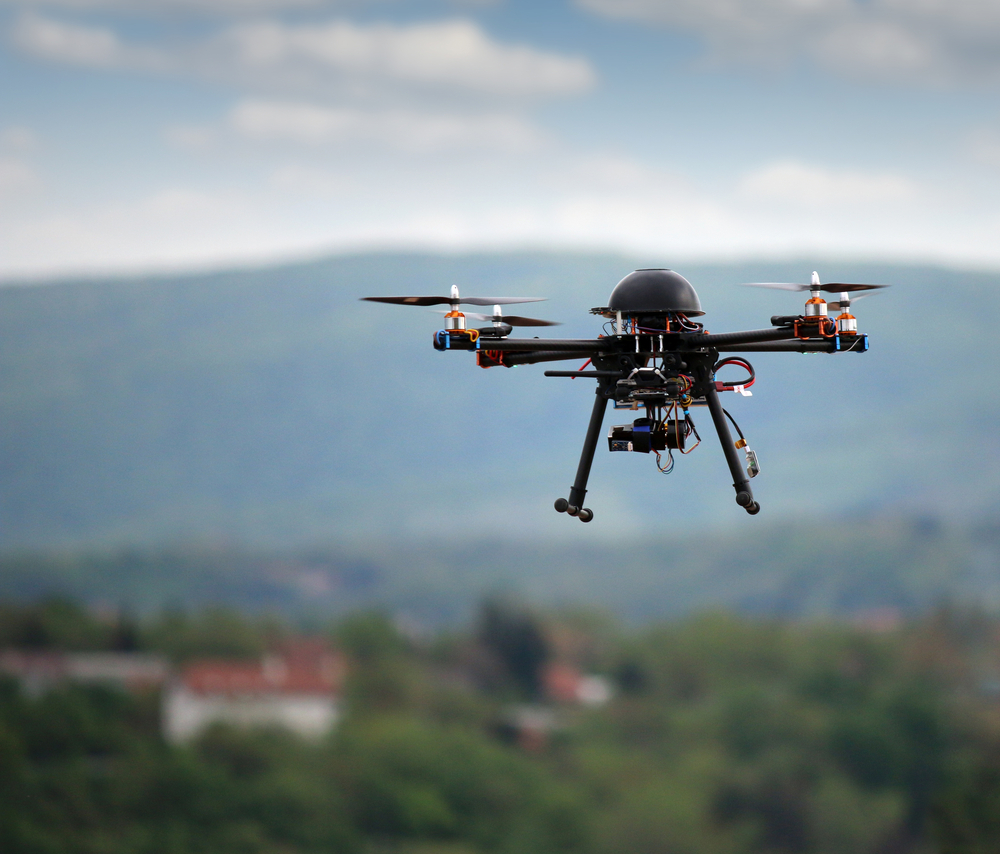 Not all UAS are equal

It is more important than ever that a reference platform be established to provide approved standards for hardware and software specifications in the manufacture of UAS. There are currently no guidelines for their design and construction.

The systems must be easy to use with the ability to fly programmed flight paths. Consideration must be given to safety requirements to ensure the technology supports collision avoidance and offers the ability for a safe landing in the event of program errors or in low battery situations. Battery life will also be a consideration.

Imagery acquisition is the main reason for using UAS in commercial applications and not all systems allow for accurate inspection or property evaluation. There should be minimum camera and lens recommendations established as well as the need for image storage and upload capabilities.

Other concerns include security and privacy. While a real threat could exist if a UAV was stolen, the everyday security of the data and imagery are equally important. Who will have access to the images or video captured and what are the guidelines for secure storage and backup? How will the images be accessed by those who have usage permission? How will personal, identifying information be protected?

Standards will need to be in place to address formatting, storage size, location of files and uploading of data. Research and development should be done to ensure the images, video and data captured seamlessly integrate into finished products. 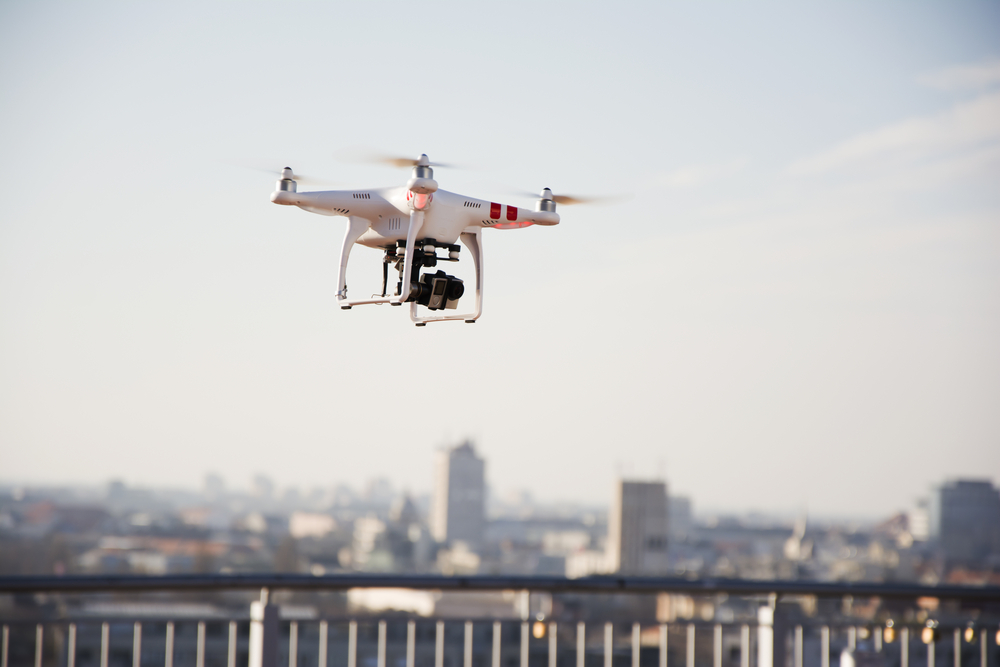 FAA approvals, privacy issues, public safety issues surrounding operators and citizens, the need for certificates of approval for operators, and how UAS technology can be a key factor in disaster response programs are all issues that need to be discussed and addressed with regulators.

In addition there is a strong need for education. UAS operators must be educated and trained to understand safety factors involved and what to do in the event of an emergency, with certification for operation being optimal. Equally important is the education of property owners. The public must understand what data is being gathered, how it is being used and who has access to it. There is a general mistrust and fear surrounding the use of aerial imagery that is heighted when extended to the use of UAS because they are able to capture much more than a traditional manned aircraft.

Current image technology in manned aircrafts allows for the capture of images at a ground sample distance of up to one-inch per pixel. While this level of clarity provides excellent detail for assessing damage and understanding properties, it can be cost-prohibitive, requiring lower, slower passes from the aircraft.

The use of UAS for property review and damage assessment offers tremendous potential at significantly reduced costs. If an area is hit by a storm, a UAS could efficiently and cost-effectively survey targeted areas, providing vital information on the extent of damage and the geographical areas affected by the storm.

So when will we see UAS being used in the insurance industry? There could be some very real solutions developed in 2015, especially since the FAA just released their proposed regulations for UAS.

Randall Ishikawa is vice president of underwriting at EagleView Technologies where he focuses on property risk solutions to meet the needs of insurance carriers. He spent more than 26 years of his career with Allstate Insurance Company in the areas of claims, information technology and underwriting. More information is available at www.propertydrone.org.