As cyber-security concerns rise, interest in insurance is up and legislators are trying to pass laws. But some groups are making sure privacy issues are adequately addressed before lawmakers go too far.

According to Aon Global Risk Insight Platform, Aon’s internal global repository of risk and insurance placement information, annual premiums for cyberspecific coverage in 2013 totaled about $1 billion, compared to $675 million in 2012.

This is based on Aon Global Risk Insight Platform data as extrapolated for the entire industry– Aon’s share of cyber insurance extrapolated to $1 billion based on Aon’s overall share of all insurance placements, according to Kevin Kalinich, the global practice leader for cyber/network risk at Aon Risk Solutions.

The research was prompted by an insightful hearing last week on cyber security convened by Sen. John D. “Jay” Rockefeller, D-W. Va., chairman of Senate Committee on Commerce, Science & Transportation where it was disclosed a structure is emerging that commerce and industry will use to deal with, and to the extent possible, limit or perhaps thwart, cyber attacks, and that the insurance industry is a key component of that emerging structure.

Peter Beshar, executive vice president and general counsel at Marsh & McLennan, testified at the hearing that interest in cyber insurance is expanding rapidly. He said the number of Marsh clients purchasing stand-alone cyber insurance increased more than 20 percent in just the past year.

The Insurance Information Institute has developed a white paper on the issue because of the growing threat of cyber attacks. Robert Hartwig, I.I.I. president, said there is a growing pool of customers, as small businesses “are transacting more of their business online [and] have many of the same exposures as a company like Target, just on a smaller scale.”

Kalinich added, “The reality is that the high profile, large company breaches have received most of the publicity, but there are a lot of small and medium size companies (85%) that do not purchase cyber insurance—yet.”

At the hearing, Rockefeller voiced deep frustration about the inability of Congress to pass meaningful legislation aimed at ramping up protecting personal information from cyber attacks.

Apparently, Congress has been trying to broaden consumer protection from data breaches through legislation since at least 2012. Two bills dealing with the issue are pending in the Senate, and a House subcommittee passed similar legislation in January.

The opposition to cyber protection legislation is being led by thousands of websites, including Craigslist and Reddit. They argue that the legislative proposals fail to protect the privacy of Internet users.

In 2012, legislation known as the Cyber Intelligence Sharing and Protection Act, or CISPA, failed in the Senate due to similar opposition. The opponents argued that it would erode privacy on the web by encouraging the growth of a public-private partnership between internet companies and the federal government.

Needless to say, flood insurance remains on the radar screen, especially with the early Monday morning release of a United Nations report which said that climate change is occurring rapidly.

The IPCC warned that the effects of climate change will worsen and said spending and planning are essential to contain future costs. They compared the spending to property or health insurance, according to the Insurance Information Institute.

In her letter, Landrieu said affordability is critical to create a viable, self-sustaining NFIP and encouraged committee members to ensure responsible homeowners and businesses can access the flood insurance they need and deserve.

“Over 55% of our nation’s Gross Domestic Product is produced by the 15% of U.S. counties that are located directly on open ocean, the Great Lakes or in coastal floodplains. The NFIP was created with the explicit goal of making flood insurance available on reasonable terms and conditions so that people could live where they needed to work to power our nation’s economy,” she said.

Reports of major fraud in the New York State workers’ compensation system should give the entire industry pause, and is a signal that insurers should expect pressure from employers and public officials for better audits of employers’ job-classification practices.

A report from the New York County Grand Jury last week cited a June 2013 Fiscal Policy Institute report, which estimated that New York State and New York City lost over $420 million in 2011 solely from the way 70,000 construction laborers were being paid off-the-books or misclassified as independent contractors. That is a big number because the entire state workers’ compensation system has revenues of $6 billion annually.

The biggest single component of that loss was unpaid workers’ compensation premium, which was well over $230 million, the report said. Another $100 million represented health-care costs borne by the taxpayer or financed by surcharges on employer-paid health insurance.

“Moreover, workers’ compensation fraud is not limited to New York County, nor is it limited to the construction industry,” said David Dickson, of Fairport, N.Y., a public member of the New York Compensation Insurance Rating Board and active past president of the Professional Insurance Agents of New York.

He said workers’ compensation fraud extends beyond the Hudson, East and Harlem Rivers, and represents a major impact on the economy. “Employers who ‘play by the rules’ should be outraged, and should demand to know who is responsible for fraud,” Dickson said. He said the New York County Grand Jury, and the New York County District Attorney, “have done a great service in reporting their findings.”

Cyrus Vance, New York County District Attorney, called for changes in state law increase penalties for misclassification in order to ensure that sentences are proportionate to the magnitude of the fraud. He called for increased transparency by reforming the application and audit process, thereby making it more effective and less susceptible to fraud; and increased dissemination of information into the hands of those charged with investigating and prosecuting fraud; and increased education for employees and the community at large about the workers’ compensation system and its value to the public, so that everyone is better able to protect the system from fraud.

In a sign of what insurers in the state should expect, Vance said he believes the  criminal fines currently available for misclassification fraud do not constitute a sufficient financial penalty or an effective deterrent. In fact, Vance said, the potential criminal fine could in many cases be far smaller than the amount of unpaid insurance resulting from the fraud.

“The law should be amended to increase the criminal fines as a general matter and to give judges the option of imposing a fine that is double or triple the amount of the fraud,” Vance said.

The New York Insurance Association said in a statement, “Fraud is rampant in the state’s workers compensation system and needs to be addressed.”

NYIA officials said they are currently reviewing the district attorney’s report, “but our initial impression is that the proposed recommendations could have merit.”

At the same time, in an industry conference in Las Vegas, Robert Hartwig, president/CEO of the Insurance Information Institute and its chief economist, provided a detailed report indicating that the scars from the recession that started in 2008 remain, but there are opportunities for workers’ comp providers to grow despite the still-sluggish economy.

His report found that the deep recession created “winners and losers” in the economic recovery, reshaping the American labor force and the exposure base for workers’ compensation. He said growth areas include the energy sector. He also warned that the Patient Protection and Affordable Care Act is “rapidly changing” the U.S. health-care landscape and that the workers’ compensation sector has “inextricable linkage” to that change. 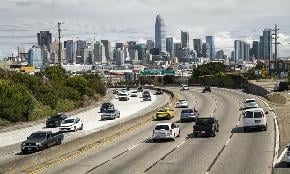 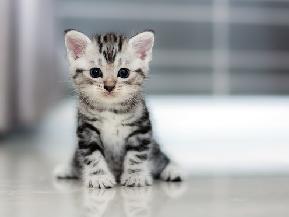 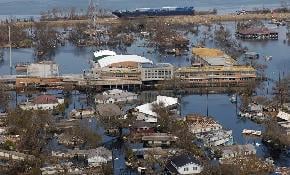