The Case, the Policy and the Decision: No Coverage for Road Rage

A Washington appeals court, affirming a trial courts decision, has decided that a case alleging road rage did not allege an accident as required for coverage under either a homeowners-insurance policy or an auto-insurance policy.

A Washington appeals court, affirming a trial court’s decision, has decided that a case alleging road rage did not allege an “accident” as required for coverage under either a homeowners-insurance policy or an auto-insurance policy.

Dennis Geyer and Robert Speed allegedly were involved in an altercation in which Speed suffered serious personal injuries. Washington State charged Geyer, a physician, with second degree assault with a deadly weapon. Speed’s attorney sent a demand letter to Geyer seeking $650,000 to compensate Speed for his injuries. The letter described the incident as follows:

“On March 2, 2009, Mr. Speed and Dr. Geyer were operating their motor vehicles in the vicinity of the Tacoma Narrows Bridge. Dr. Geyer apparently became angry over something Mr. Speed had done while driving in front of him. Once they were on the bridge, Dr. Geyer pulled along side [sic] Mr. Speed and motioned for him to pull over. Frightened, Mr. Speed took the first exit after the bridge. Dr. Geyer followed Mr. Speed for an extended period of time before the two vehicles stopped for a traffic signal. According to witnesses, Dr. Geyer got out of his vehicle, opened the door of Mr. Speed’s vehicle and beat Mr. Speed with his fists and a metal thermos, pulling Mr. Speed from his vehicle as he did so. Dr. Geyer then drove away from the scene leaving Mr. Speed bleeding and unconscious in the street.”

The letter stated that “[t]his case is aggravated by the intentional conduct of Dr. Geyer, including leaving Mr. Speed, potentially for dead, at the scene” and that “[w]ere this a case of negligence that was covered by insurance” Speed’s attorneys would be seeking a seven-figure verdict or settlement. The letter further stated that if Geyer agreed to pay the requested amount, Speed and his attorneys would recommend to the prosecutor that Dr. Geyer be allowed to plead guilty to a misdemeanor assault charge.

Geyer, who carried homeowner’s and auto insurance policies with United Services Automobile Association (USAA), notified USAA of the incident and Speed’s claim. He requested coverage under both policies.

At his trial on criminal charges, Geyer admitted that he had deliberately hit Mr. Speed, but claimed he was acting in self-defense. A jury found Geyer guilty of third degree assault.

Speed offered to release Geyer from all claims if USAA would agree to pay the combined policy limits under Geyer’s homeowners and auto-insurance policies, totaling $800,000. Finding coverage “questionable,” the insurer rejected the demand. It subsequently sought a declaration that it had no duty to defend or indemnify Geyer for the claim.

The trial court ruled in favor of the insurer, and the issue reached a Washington appeals court.

an accident, including continuous or repeated exposure to substantially the same general harmful conditions, which results, during the policy period, in … bodily injury.

The auto insurance policy provided coverage for bodily injury caused by an:

First, it found that the incident described in Speed’s demand letter could not be considered an “accident” for purposes of the homeowners policy because it “unambiguously described [Dr.] Geyer’s conduct as deliberate.” The appellate court noted that the letter alleged that Dr. Geyer had chased after Mr. Speed in his vehicle for an extended period and, when the vehicles stopped for a traffic signal, Dr. Geyer got out of his vehicle and beat Speed with his fists and a metal thermos. The letter also stated that the case was aggravated by Dr. Geyer’s “intentional conduct” and was not a case involving negligence. Moreover, the appellate court continued, the letter provided “no allegations” that would support the conclusion that there was an “additional, unexpected, independent and unforeseen happening” that would convert Dr. Geyer’s deliberate acts into an accident. The appellate court also explained that Washington law was “clear” that no accident existed even when the insured’s deliberate conduct was performed in self-defense. It held:

“Even interpreting the allegations liberally and resolving doubts in favor of a duty to defend, the USAA homeowners policy does not conceivably cover the allegations in [Mr.] Speed’s demand letter.”

The appellate court reached the same conclusion with respect to Dr. Geyer’s auto insurance policy, explaining that its holding that Mr. Speed’s claim did not allege an accident for purposes of the homeowner’s policy applied equally to the “auto accident” requirement in USAA’s auto policy.

Originally published on FC&S Legal: The Insurance Coverage Law Information Center. FC&S Legal is the industry’s ONLY single-source, comprehensive portal developed specifically for insurance coverage law professionals. To find out more, visit www.fcandslegal.com. All rights reserved. This material may not be published, broadcast, rewritten, or redistributed.

This article is designed to provide accurate and authoritative information in regard to the subject matter covered. It is sold with the understanding that the publisher is not engaged in rendering legal, accounting or other professional service. If legal advice is required, the services of a competent professional person should be sought. 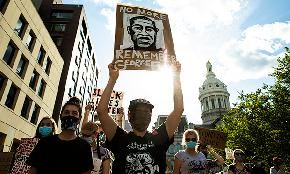 Scenes of unrest: A view of the protests and damage across the U.S.

These photos convey the visceral feeling of being present during a historic but difficult moment in American history. 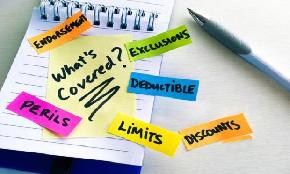 How to use a policy to determine insurance coverage 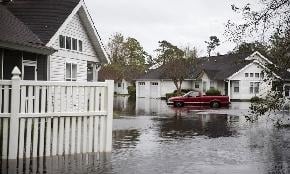 Inland flooding, in particular, is a creeping tide of disaster that often sneaks up on uninsured consumers.