Insurance is contract law, so why do we often base our answers upon rumor and legend rather than on specific language? Break this nasty habit. Say, "Before I go any further, let me check the form language on that." 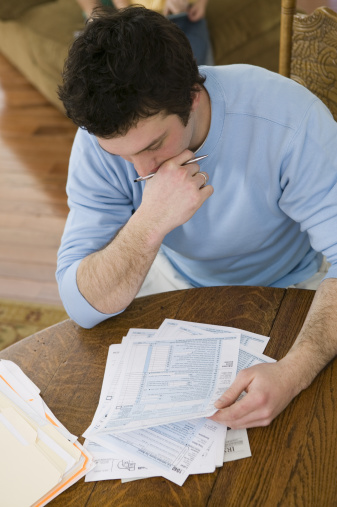 Many of you more grizzled veterans realize the irony of the phrase “New Year’s resolutions,” as most last exactly the length of New Year’s: one day.

If one resolution survives beyond 24 hours, I choose as my nominee for Insurance Resolution of 2014 the following resolution: Read the forms.

And what more appropriate starting point than with the exact starting words of the ISO coverage forms: “Various provisions in this policy restrict coverage. Read the entire policy carefully to determine rights, duties and what is and is not covered.”

The message is clear: The wording that follows is too important to ignore or take for granted. But how often have you ignored this admonition in your interactions with clients and companies?

One of the dilemmas in property-casualty insurance is that much of the disseminated technical knowledge is actually hearsay with little regard for what the form language actually states.

How can one do this in good conscience? After all, form language governs in coverage disputes. Even if a court decision runs contrary to the form, the court refers to the language when arriving at its decision. Every coverage issue must at some point be built upon or referenced from the applicable forms.

• “That may be what it says, but I can tell you that the courts in <applicable state> would never allow that to happen.”

• “How many times has that actually happened lately?”

This doesn’t mean carriers or courts never deviate from clear form wording. But you can’t rely upon them to do so, and should never make recommendations based upon such an assumption.

Insurance is contract law: written, interpreted, studied and argued as contractual guarantees. That’s why an endorsement to the contract is required when you  provide coverage not included in the basic coverage form.

So why do we often base the answer upon rumor and legend rather than on specific language? Break this nasty habit. Say “Before I go any further, let me check the form language on that.”

You may be thinking, “You want me to wade into that policy legalese jargon? I know what it means and I know how it works.”

Some argue that when the claim scenario becomes complicated, situations can become even more confused by complicated form wording. But making it up as you go doesn’t relieve the problem. It just makes things worse when a court reads the form, decides the language is clear, and makes your opinion look like the basis for an E&O.

Here are a few examples:

1. A general contractor demands to be added as an additional insured to a subcontractor’s ISO CGL. It also wants a “cross-liability” endorsement, guaranteeing its right to sue the subcontractor and recover under the same CGL.

You may hear, “You can’t sue someone under the same CGL policy that covers you, that would be allowing you to sue yourself.” Wrong. Read the “separation of insureds” conditions of the CGL policy. “Except with respect to the Limits of Insurance…this insurance applies: a. As if each Named Insured were the only Named Insured; an db. Separately each insured against whom claim is made or ‘suit’ is brought.”

So even if A and B are both insureds under the same policy, they are separately considered. Not only does the general contractor get what it wants, but no endorsement is needed to provide it.

You insure him under an ISO CGL form, with no special endorsements.

Several months into the policy period, he reports a claim, which arose from Joe’s Landscape and Lawn Service—another business of which Sam is the sole proprietor.

Does the store’s CGL respond for the claim on the separate business, which is operating under a different name and with no separate CGL coverage of its own? Yes. Look at “Section II-Who is Insured” of the CGL, which states “If you are designated in the Declarations as: An individual, you and your spouse are insureds, but only with respect to the conduct of a business of which you are the sole owner.”

Isn’t Joe’s Landscape and Lawn Service a business of which Sam is the sole owner? Barring any exclusion or limitation taking the coverage away and assuming no fraud or concealmeant on Sam’s part, he has his coverage for the new business under the Gardener’s Heaver CGL.

We have pursued examples in past articles, most recently in American Agent & Broker’s October issue, where I wrote of the difference between what the Agreed Value provision in ISO property forms or BOPs actually provides compared to what numerous agents think it does. Despite my hopes for wide acceptance of this 2014 resolution, such apparent disconnects between the actual form wording and accepted hearsay will continue to provide rich article fodder long into the future.

I leave you with this advice I have used for more than 20 years: “The ability to read and understand the basics of commonly used insurance form language is a skill to be practiced, honed and treasured, not just by attorneys or “technicians,” but by all producers or others who answer consumers’ coverage questions. To fail to do so is to place yourself in constant jeopardy of misleading clients and failing to provide adequate advice and coverage, both leading causes of errors and omissions claims.”