The Future of Claims: No-Touch Handling

In a new frontier of claims, no- and low-touch handling will reign supreme. But success will depend upon the triage process, effective use of predictive analytics and other factors.

Welcome to the world of no-touch claims handling. Imagine the scenario of being involved in an accident, snapping photos of the damage with your smart phone, submitting them to an insurance carrier portal, and then receiving electronic payment within minutes. This may very well be the future of insurance claims.

According to National Highway Traffic Safety Administration (NHTSA), there were 5.4 million car crashes in the United States in 2011. Fatalities totaled 32,885—the lowest in 62 years. Preliminary figures for the first three months of 2013 point to the ongoing trend in traffic-related deaths. Based on statistical projections it released last month, NHTSA anticipates a 4-percent decrease—or 7,200 deaths comparted to 7,530 reported last year. Although fatalities rose in 2012, they declined by about 26 percent from 2005 to 2011, NHTSA adds. 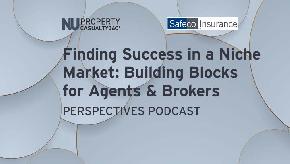