A pregnant employee is injured at work, with the fetus harmed in the process. What happens next?

If an employee is injured during the course of employment, then that employee, as least in most circumstances, will receive the scheduled workers’ compensation benefits. So what happens if the employee is pregnant at the time of injury and the fetus is injured? Does the fetus have a right after birth to sue the employer, or is workers’ compensation the exclusive remedy?

Some courts have addressed this issue and, of course, the answer varies with the jurisdiction. One example is Snyder v. Michael’s Stores, Inc., 945 P.2d 781 (1997), a California Supreme Court decision. In this case, the parents of a minor sued the mother’s employer on behalf of the child, seeking damages for physical injuries resulting from the employer’s negligence. The minor’s lawsuit claimed she was injured in utero when the mother was exposed to and breathed in carbon monoxide in amounts that were toxic to both mother and fetus. 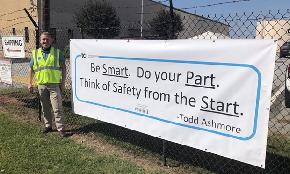 Every employee is part of the winning workers’ comp program at TC Transcontinental Packaging. (Part 2 of 3)