AIR Raises Sandy Loss Estimate to Up to $22B

Disaster modeling company AIR Worldwide raised its estimate of insured losses from superstorm Sandy substantially to between $16 billion and $22 billion.

The firm’s initial estimate, the day after the storm hit, had been for $7 billion to $15 billion in losses. AIR said on Monday that higher storm surge damage accounted for most of the change. 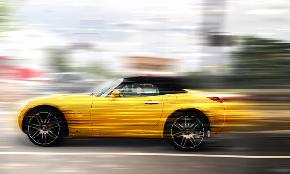